Board of Directors Marie Annick Savripene 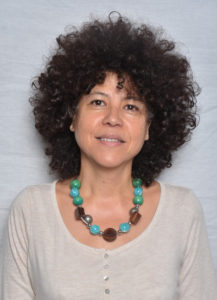 Marie-Annick Savripène is an editor and journalist from Mauritius. After her higher studies at l’Ecole Supérieure de Journalisme (ESJ) in Paris where she obtained her diploma in journalism, she came back to Mauritius and joined, in 1988, the team of l’express, one of most popular morning dailies. Since then, she has remained with this newspaper, specializing in women’s and children’s issues, as well as health and social issues. In 2010 and for a two year period, she acted as editor in chief of Energie, a health magazine published by Sentinelle Group, owner of l’express. In 2013, her editor-in-chief has asked her to beef up the editorial team and she did so, while continuing to work as a journalist. In 2018-2019, she obtained her Masters in journalism from ESJ after following a course conducted by the professors of the abovenamed French school, course done in collaboration with Sentinelle Group.