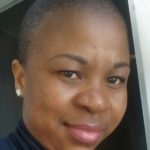 I am Ntolo Lekau and I work as a programme Officer at the Lesotho GL Office. Prior to joining Gender Links formally as an intern in August 2010, I did volunteer work with Lesotho GL Office by assisting the Lesotho Country Facilitator during the first GL Gender Justice and Local Government Summit and Awards earlier in 2010. As a college graduate from the Lesotho College of Education, I was looking forward to kick starting my career by doing something exiting and I was fortunate to be granted an opportunity to work with Gender Links.

Before joining Gender Links, I had not yet been exposed to gender and media work but after a couple of months working with GL, a lot of gender and media issues and how these affect women and gender relations in general became more clear and I could understand better.