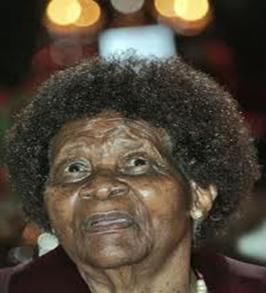 Albertina Sisulu, the South African liberation struggle icon who died at 92 last week, was the matriarch of a political family whose influence on South African life is widely felt.

Sisulu was co-president of the biggest internal anti-apartheid grouping of the 1980s, the United Democratic Front (UDF).

Her husband, Walter, the man who brought Nelson Mandela into politics, served as secretary-general of the African National Congress (ANC) before going underground and hiding out at a farm at Rivonia, near Johannesburg, then being captured and sentenced to life imprisonment with Nelson Mandela and other ANC leaders.

Her son, Max, is the current Speaker of South Africa’s Parliament, and her daughter, Lindiwe, is Minister of Defence. Daughters-in-law Elinor and Sheila are, respectively, a Zimbabwean democracy campaigner and deputy executive director of the World Food Programme in Rome.

Soon after Walter Sisulu emerged from prison, the South African journalist Pippa Green told the family’s extraordinary story in an extensively-researched article. Ahead of MaSisulu’s official funeral, which takes place at Soweto’s Orlando Stadium on Saturday, AllAfrica publishes excerpts from the article which highlight her role:

The story of the Sisulu family is [one] of imprisonment, persecution, exile and suffering. But it is also a story of love, and of personal and political triumph. There can be a few families in the history of South Africa that have been torn apart as relentlessly by the political struggle, and few that have survived it so intact. “I have always admired the unity of the family,” Walter Sisulu told me. “It was a tower of strength to me.”