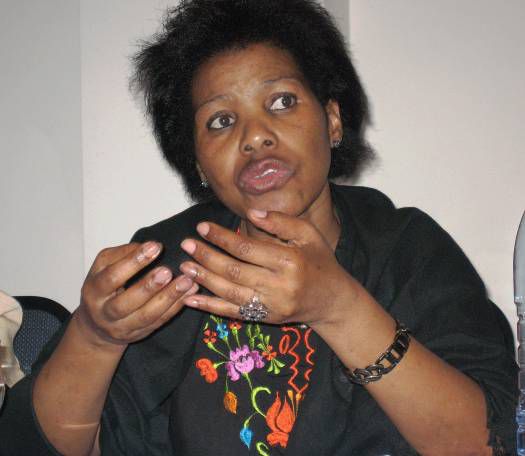 The outputs of the meeting included report back on activities convened by cluster leaders since January this year; governance issues of the Alliance; deliberations on strategy and action plan of the 2011 SADC Gender Protocol Barometer report; strategy for participation at the SADC CNGO 7th Civil Society Forum; tabled the plight of gender and climate change affecting Mozambique; inclusion of faith based organisations and the men’s sector as strategic interest groups of the Alliance; presentations from on emerging issues like climate change among other issues.

Highlights of the meetings included the report back from leaders from the Governance, GBV, Gender and Peace, HIV and AIDS clusters who shared with meeting the fantastic work that they are doing in taking forward the targets of the SADC Gender Protocol. These discussions lead to the exciting process of “championing” the Protocol targets. This entails mapping networks of the Alliance at country level against the targets of the SADC Gender Protocol, from which case studies will be drawn nationally. The Alliance National Focal Points were tasked to convene in-country reference meeting that will focus of identifying organisation to document case studies on how they are championing specific targets of the SADC Gender Protocol. These case studies will feed into the 2011 Barometer report, demonstrating the Protocol at work!

One noteworthy addition to the meeting was the issue of gender and climate change presented to the Alliance Steering Committee meeting for deliberations. A challenge was raised by Saquina Mucavele, Executive Director of Mulher, Género e Desenvolvimento, (MUGEDE) a Mozambique-based organisation dealing with gender and climate change issues, noting with concern that the SADC Protocol is silent on this issue. The Alliance Secretariat raised the concern with Madgeline Mathiba Madibela, Head of SADC Gender Unit. Madibela acknowledged that while the SADC Gender Protocol is silent on gender and climate change, the Food, Agriculture and Natural Resources Directorate at the SADC Secretariat has set up a task force to review this issue.

It is heartening to note that Southern African faith leaders under the umbrella body Economic Justice Network of FOCCISA (Fellowship of Christian Councils in Southern Africa) takes the issue of climate change seriously. The faith lease convened a meeting from 5-6 May 2011 in Lusaka, Zambia to the response of faith communities to climate change and their reposnse to the UN climate change negotiation in Durban. To this the group issued issued a statement on the church’s position on climate change. Read more.