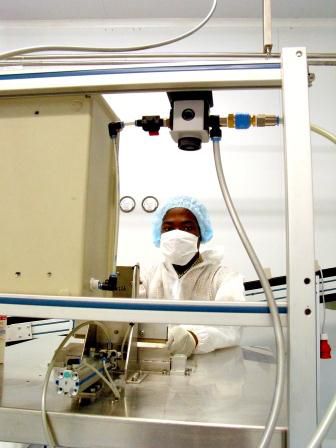 Cervical cancer screening may be readily accepted among women in Botswana, a new study has found. Nearly all of the women surveyed (95%) at clinics in the middle-income African country said they would like to have a Pap smear.

Only about three quarters of the women (72%) had actually ever had a Pap smear, however, and factors such as age, HIV status, and income were associated with the likelihood of having the test.

“These findings should encourage local agencies to design interventions to increase cervical cancer screening in women not likely to have received pap smears” or human papilloma virus (HPV) screening, said Dr Yumi Taylor DiAngi from the University of Pennsylvania.

Dr DiAngi’s team presented its findings at the annual meeting of the American College of Preventive Medicine in Orlando, Florida. The researchers surveyed 289 women in the waiting rooms of HIV or general clinics in Gaborone, Botswana in 2009.

They noted in their presentation that cervical cancer is the second most common cancer among women worldwide, and that women in developing countries are particularly hard-hit with about 80% of the cases.

The surveys in Botswana found several factors associated with a higher chance of having had a Pap smear. Eighty percent of participants with HIV had a Pap smear, compared to 64% of HIV-negative women (odds ratio 1.97).
Women 31 years old or older were also more likely to have had a Pap smear (OR 1.99), as were those who earned a regular income (or 1.90).

Most of the participants (77%) had heard of cervical cancer, and 10% (29 women) said they had a history with it themselves. Only about a third (37%) had heard of human papillomavirus.

Women who had already heard of cervical cancer were more likely to have had the test than women who had never heard of it (OR 3.28).

A look at the characteristics of the participants found that 71% were at least 31 years old, 35% had a primary education, 43% had finished secondary school, and 22% had higher education levels. About half had no regular income and 30% made less than the equivalent of $360 per month, which is considered a low income in the country.

Just over half (54%) did not know of anything that could cause cervical cancer. The most common causes participants listed included HIV or unprotected sex (40%), genital infections (38%), inserting foreign objects into the vagina (19%), and multiple sex partners (15%). Three women (1%) identified HPV as a cause.

The researchers say the study reveals a gap in the understanding of cervical cancer, in both its etiology and screening methods available.

“This gap is not as large as other sub-Saharan African countries and the opportunity exists to close this gap with appropriate educational program,” they wrote.

In a related study published in PLoSOne, the same team found that women in Botswana seemed particularly amenable to the idea of taking the HPV vaccine.

“It was really fascinating. We found that most people had not heard of HPV or the HPV vaccine, but they were really receptive to receiving the vaccine,” Dr DiAngi said.
Source: http://www.health24.com/news