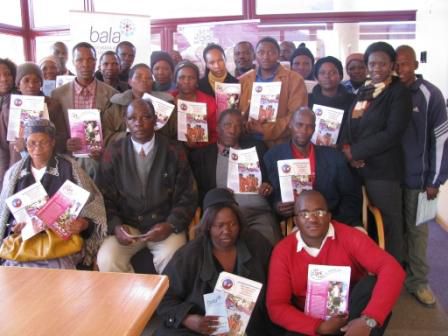 Communities in Botswana have expressed appreciation for the village level workshops on the SADC Gender Protocol that Gender Links Botswana Satellite office continue to host. For example, in Mabutsane both women and men said that they are often left out of these kinds of initiatives. In July and August village level workshops were held in Tsabong, Kgalagadi and Mabutsane in the Southern District. Chiefs, village development committees and members of the community attended.

A number of issues affecting the communities were raised including high levels of gender based violence. One of the participants shared a sad story in which a young woman was murdered by her boyfriend. Some of the youth participants also raised a concern that uncles and their biological fathers abuse them sexually and when they complain to their mothers about it, they do not want to take up the issue.

Some parents said in that area elderly men sexually abused secondary school students bribing them with money and cell phones. The SADC Gender Protocol video helped them understand some of the key provisions and proved to be a form of communication that local communities can understand. For most people, it was the first time to hear about the Gender Protocol. The communities resolved that there is a need for them to use the Sixteen Days of Activism campaign in order to raise awareness about gender based violence.