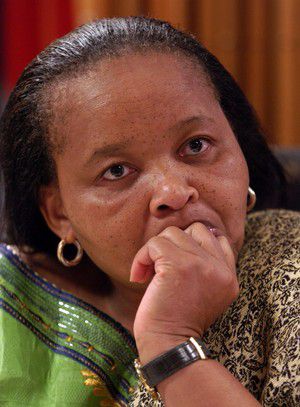 CSW 2011: Discussing the SADC Gender Protocol with the South Africa Delegation in the Big Apple

New York – Governments do not like civil society. From my experience working in the South African civil society gender sector, this is what I had been led to believe from several sources. Governments do not listen to civil society and civil society, as representatives of ‘the people’ are never included in consultations on important matters. Examples in South Africa abound on the important decisions that civil society are excluded including the disbanding of the South African Police Service Family Violence, Child Protection and Sexual Offences units and the unilateral decision to establish a Ministry for women in the first place. But is this always the case? Are governments always antagonistic towards civil society or is there a more complex and nuanced relationship at play? I had always listened in envy as fellow gender activists working in civil society from Mauritius and Kenya had told me about the cooperative relationship that they enjoyed with their governments and observed many non-governmental organisation employees on the national delegation to CSW. My experience of interacting with the official South African government delegation to the 55th UN Commission for the Status of Women (CSW) in New York told a different story, a story that highlights the fact that government does not mind civil society so much, and are actually keen to forge a more cooperative environment, especially when addressing gender inequality in South Africa is concerned.

Entering the South African Mission house on the first day of CSW, I was a little bit nervous. Although the Minister of Women, Children and People living with disabilities, Lulu Xingwana, had expressed a desire to engage with civil society at CSW and an informal invitation to join the daily briefings had been extended, I was still unsure of whether or not this was lip-service or a genuine desire to forge a more inclusive relationship with civil society. Surprisingly, it turned out to be the latter and this invitation was further extended by the Director General of the Ministry who reminded delegates that the South African delegation to CSW was not exclusively made up of government officials but included civil society and the constitutionally mandated Commission for Gender Equality, a chapter nine oversight institution tasked with promoting gender equality. Civil society was actually well represented at the South African delegation meetings and I recognised a number of activists’ faces in the room, including the presence of People Opposing Women’s Abuse (POWA). The meetings were held in the evening at 6pm and essentially involved a recap of the day’s events as well as an overview of the next day’s events and a discussion of draft statements and other official events were discussed.

My job on this particular occasion, which was made easier by the willingness of the government officials to listen and their knowledge about the SADC Gender Protocol, a key Protocol that South Africa had adopted in 2008, and needed to ratify. In this regard, I was able to circulate pamphlets about the Protocol and another important resource, the SADC Gender Protocol Ratification Kit. Unfortunately I was unable to meet the primary targets of this particular resource, which are tasked with the ratification and alignment process, namely the Department of Justice and Constitutional Development (DJCD). The Ministry of Women, Children and People Living with Disabilities would have a key role to play in cooperation with the DJCD in taking this process forward.

Do not misunderstand me. I am not singing the unequivocal praises of government. I am, however, making an observation about the seeming commitment of government and the Minister Lulu Xingwana to cooperate with civil society regard crucial matters regarding gender equality in this country. I am also urging civil society and government to think more complexly about their relationship and the most constructive ways to engage with each other that are not based on the assumption of mutual dislike. The struggle to address gender inequality in South Africa represents a more urgent and important mandate than that of defining territory and turf.

Comment on CSW 2011: Discussing the SADC Gender Protocol with the South Africa Delegation in the Big Apple Cancel reply