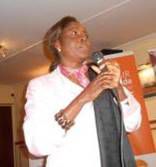 DRC: Alliance concerned with massive rapes of women and children

The Southern Africa Gender Protocol Alliance deplores the mass rapes of women and children in Goma, DRC. The violence is escalating during the 16 days of Activism set aside to raise awareness on the high levels of GBV across the SADC region.

The SADC Protocol on Gender and Development calls on state parties to ensure that 2015, women have equal representation and participation in key decision-making positions in conflict resolution and peace building process by 2015 in accordance with United Nations Security Council Resolution 1325 on Women, Peace and Security.

Human rights activist and Alliance member, Florence Boloko said there is widespread abuse of women and girls by the rebels and this has prompted civil society organisations to implore leaders of the Great Lakes region for a lasting solution to end the war in DRC.”

“As civil society organisations we made a declaration with recommendations to the United Nations, the President, Parliament and all Great Lakes Members States to ask them to be involved in the resolution of this new crisis in the Great Lakes Region and to end the violence and rape against women and girls”, said Boloko.

In recent weeks, the war has displaced many people the majority of whom are women and children. The Great Lakes Network has called on women from Great Lakes to stand up and say no to this conflict and to refer to the Pact of Great Lakes on peace, security, stability and development in the Region.

The Institute of Security Studies, which leads the Alliance cluster on Peace and Security in November, reported that the humanitarian situation has been deteriorating steadily since April, and after the taking of Goma it will become exponentially worse. According to Oxfam, approximately 767 000 people have been internally displaced in Kivu since the beginning of 2012, and an additional 60 000 have fled into Uganda and Rwanda.