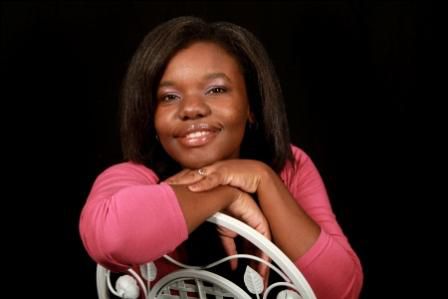 Welcome to the 20th edition of the Roadmap to Equality! Tracking progress towards the implementation and ratification of the SADC Protocol on Gender and Development.

A major highlight this period is thaton 31 August South Africa became the ninth country to ratify the SADC Protocol on Gender and Development. This means the instrument will now go into full force because nine out of the 13 signatories (two thirds)have now ratified the Protocol.

But the 20 September 2 011 Zambia elections which saw only 17 women out of 150 who contested seats(11.3%) getting into parliament proved a huge disappointment. This places the country at number 12 down from number 11 out of 15 SADC countries with regard to women representation in parliament – based on the lower or single houses only. Newly elected Zambian President Michael Sataalso dismally also failed the 50/50 test when he appointed only two women to his 19 member cabinet (10.5%) on 29 September 2011. Zambia has missed the mark as it is the last election before 2015 This demonstrates the urgent need for special measures to attain the 50% target for women in political office in countries that are having elections before the 2015 deadline. Click here to read the governance chapter of the 2011 SADC Gender Protocol Barometer.

The Alliance governance cluster which met in August and launched the 5050 campaign has its work cut out.Zimbabwe women’s organisations say they will lobby for a no-vote in the referendum if the new Constitution does not guarantee 50 percent representation of women in parliament. In Namibia there is a call from Women’s Action Development for the Electoral Act to be amended to ensure gender equality in line with the gender protocol provisions. Mauritius is on the verge of passing a legislated quota system for local government. Beyond SADC, in Libya women have made it clear that the nation will only become inclusive when they are given a say in its future.

At its annual strategy meeting in August the Southern Africa Gender Protocol Alliance resolved to increase pressure on governments to fully implement the provisions in the SADC Gender Protocol. With four years to go before 2015, there is an emphasis on lobbying governments to align their gender policies and action plans to the key targets of the Protocol and cost this based on available resources as well as identifies new resources needed.

The Alliance members, comprising regional theme groups as well as country networks, has constituted a think to guide the Secretariat in its day to day tasks. In addition to the eight theme clusters and men’s sector group, a special interest group of faith- based organisations will soon be in place to help advance the provisions of the Gender Protocol. The Fellowship of the Council of Churches in Southern Africa that brings together Council of Churches from 11 SADC countries has agreed to lead this cluster.

In September, Gender Links, which coordinates the Alliance, held a capacity building workshop on costing key provisions of the SADC Gender Protocol. This brought together researchers from 13 SADC countries who worked on the SADC Gender Protocol country barometers that provided source material for the 2011 Barometer.It is hoped that country barometers with pointers on resource allocations will assist in aligning national gender action plans to the Protocol and costing its implementation. Namibia is well along this route with an up to date draft national gender action plan that is being canvassed expensively with government and civil society stake holders.

The passing away of Wangari Muta Mathaaion 30 September is pause for thought. She is featured in this issue as a gender champion Her death has been received with sadness yet fond memories as women and men alike celebrate her contribution to campaigns for gender equality and sustainable development. Women are also claiming their space as the world prepares for the upcoming seventeenth United Nations Climate Change Conference of the Parties (COP 17) scheduled to take place in Durban later this year.

In South Africa there are mixed views on whether activities and resolutions during Women’s Month in August have made a difference in the lives of ordinary South African women. Nonhlanhla Sibanda from People Opposing Women Abuse (POWA) does not think so. Click here to read full article.

Mona Hakimi ponders whether any month is Women’s month in South Africa. In her own words; “This year, the sisters, aunts, wives and girlfriends of Thabo, Dickson and Harrington also woke up early on 9 August 2011. Instead of gathering in one location like their predecessors (the likes ofLillian Ngoyi and Helen Joseph), they arrived in hordes at hundreds of Woolworths stores across the country”. Click here to read full article.

Till next time!
Loveness Jambaya-Nyakujarah