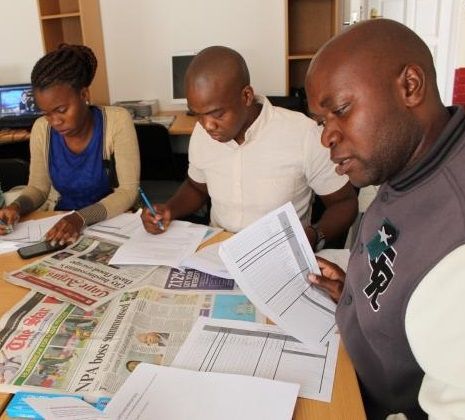 Working with student teams, lecturers, researchers and media activists, GL is part of a global team of researchers who have volunteered time and expertise to make the GMMP a reality. Regional and country launches will take place in-country from November 2015.

The GMMP was initially inspired by the concern of women activists to bring the issue of media accountability to the forefront of the debate on gender inequalities. Its subsequent implementation was guided by the concern of researchers to ensure comparable and accurate analysis of data collected in different settings by different individuals since 1995. Based on past experiences and lessons learnt, the GMMP has adjusted its monitoring parameters to take care of new and emerging issues such as climate change.

The fifth GMMP is closely linked to key 2015 processes including the 20-year review of progress made in implementing the Beijing Platform for Action for the Advancement of Women (Beijing +20) as well as saving as a baseline for Global Alliance on Media And Gender’s (GAMAG) impact on transforming gender relations in and through the media. Gender and media activists and organisations formed GAMAG in December 2013 with the specific objective of creating a collaborative platform for gender and media work.