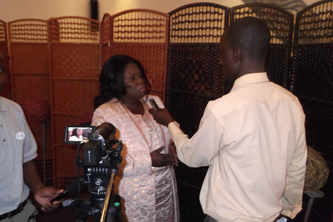 The government of Malawi has applauded the Southern Africa Gender Protocol Alliance for its commendable efforts in producing the annual SADC Gender Barometer, an important measuring tool of the 28 targets of the SADC Gender Protocol.

Speaking at the national launch of the report and the graduation ceremony for media literacy students in Blantyre recently the Minister of Gender and Child Development, Reen Kachere said the report is an important monitoring tool for use by all stakeholders in the gender equality campaign.

“I would also like to salute Gender Links and Gender Coordinating Network (NGOGCN), for facilitating the production of 2011 Gender Barometer which will also act as an important monitoring tool not only for the graduates, but many other stakeholders, involved in gender issues like the media,” said Kachere.

Kachere reiterated Malawi government’s commitment to attaining gender equality. She said “I can assure you ladies and gentlemen that Malawi is determined to attain these targets considering a number of deliberate policies we have put in place. As you might be aware, our constitution upholds the principle of equal rights for men and women and prohibits any discrimination based on gender or marital status.”

Kachere said the changes are a clear indication of government’s seriousness towards achieving gender equality and gender-violence free environment in the country.

Also in attendance at the launch and graduation ceremony was the deputy minister of Gender and Child Development Nasrin Pillani, the Executive Director of Civil Liberties Committee, Emmie Chanika, the National Chaiperson of the Malawi NGO Gender Coordinating Network and Malawi Alliance focal network, Emma Kaliya who is also the author of the Malawi country Barometer.