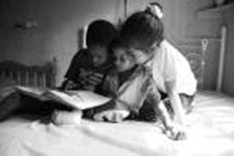 According to a recent study carried out jointly by the Mauritius Family Planning and Welfare Association and SAFIRE, the only NGO working in this field, there are around 6,780 street children in Mauritius. The deprivation of education opportunities is one of the main impacts on children living on the street.

The organisations undertook the research to understand and provide statistical evidence of this social challengein order toformulate appropriate solutions to ensure that the children get a chance to enrol into school and become reintegrated into communities.

The children work on the roads and most of them already have a house where to sleep. SAFIRE has developed a specialised participative approach enhancing the emotional and functional empowerment of the children and work within their own particular environment. According to the Director of SAFIRE, Ismahan Ferhat, these kids are on the road for many reasons mainly due to absence of parents, breakdown of family structure and economic difficulties.

The children are vulnerable to all kinds of dangerous situations including physical abuse, substance abuse and economic exploitation and the project aims to give them a second chance to improve their life in the short term and long term.

Key findings of the research include: