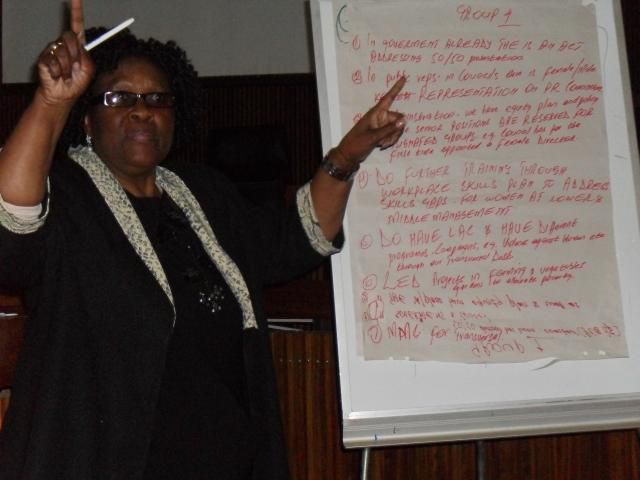 While the SADC Protocol on Gender and Development advocates for 50% women’s representation in all areas of decision-making, local government elections held on 18 May in South Africa saw a decrease in the percentage of women elected.

The country dropped from 40% in the previous elections to 38%. This is 12 percentage points below the target of 50/50 by 2015, underscoring the importance of quotas to get women into decision-making positions.

Women’s representation in SADC is as follows: