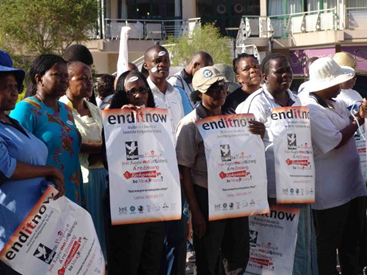 Maria is living with HIV, the virus that causes AIDS. Anti-retroviral medicines (ARVs) are now more widely available and are supposed to make her life better. But her continued therapy is under threat because she fears that if her husband discovers her HIV status he will become verbally abusive or even divorce her. As a result, Maria says, she has had to hide her life-prolonging ARV drugs and only takes them when her husband is not around.

Maria’s tale was one of the many cases documented by Human Rights Watch (HRW) in Zambia. The international non-governmental organization (NGO), headquartered in New York, warns that if gender violence is not addressed, the government’s comprehensive programme to provide free ARVs through the public health system will be frustrated. “Gender-based abuses will continue to shatter the lives of countless Zambian women in acute need of anti-retroviral treatments and contribute to avoidable losses of health and lives,” notes HRW researcher Nada Ali.

According to the Joint UN Programme on HIV and AIDS (UNAIDS), there are 33.3 million people worldwide living with HIV. Of those, slightly over half (52 per cent) are women. In Africa, however, women account for 60 per cent of all adults living with HIV. In parts of Africa, adds UN Women, the UN’s gender agency, young females aged 15-24 are up to six times more likely to be HIV-positive than males of the same age.

“Sexual violence,” notes UN Women, is not only “a widespread and brutal violation of women’s rights.” It also “exacerbates the risk of transmission” of HIV. In Africa and other regions, UN Women coordinates the UN Secretary-General’s campaign “Unite to End Violence Against Women,” first launched in 2008.

Activists in Southern Africa are now drawing attention to the contribution of gender violence to other ills, such as the AIDS pandemic. The Zambian chapter of Women and the Law in Southern Africa (WLSA), a research and advocacy group argues that unless such violence is addressed, combating HIV/AIDS will be an even more arduous task. “Violence against women has affected treatment of HIV/AIDS and this is worrying,” says Mrs. Matrine Chuulu, the chapter’s national coordinator.

The Zambian chapter of the Young Women’s Christian Association (YWCA), with funding from the European Union, runs a crisis centre for battered women and provides such services as psychotherapy and legal advice. According to data collected by the YWCA, in cases of gender violence reported since 2006, nearly half of the women were found to be HIV-positive.

NGOs have lobbied the government to strengthen legislation. In 2005 it amended the penal code to prohibit indecent assault, sexual harassment and trafficking of women and children, and in April 2011 enacted a new law to combat gender-based violence.