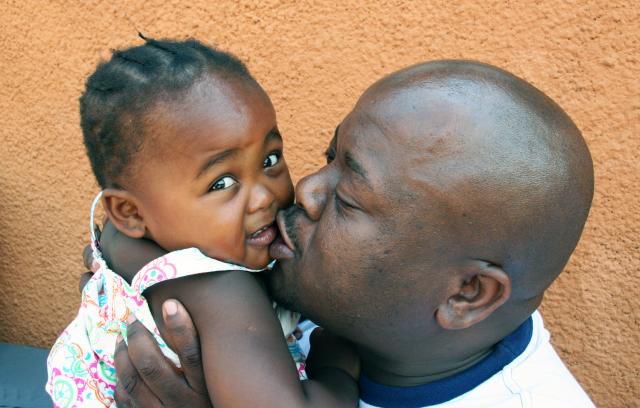 The SADC Protocol on Gender and Development recognises that the hardest place to tackle gender inequity is in the private lives and the local communities of its citizens.

This is why Article 27 gives a special mention to the unfair burden of care around HIV and AIDS in our families and communities and asks States what they will do to encourage more men into the domain of care.

Without society giving a “strong push” towards male involvement in so many spheres of gender inequality we will fail in our development goals. That is why we need a “shock to the system” in terms of how society endorses and promotes regressive and damaging male behaviours. It is now beyond any dispute.

The headline in The Sowetan edition of 5 April 2011 is chilling. “Fathers Dump Nine Million Children”. The piece referres to a recent report from the South African Institute for Race Relations (SAIRR) – “The First Steps in Healing the South African Family”.

The Study is not about orphans but children whose fathers are alive but have just disappeared from their lives. Most of these kids are being brought up by single mothers, many of them living in poverty and facing other challenges in their parenting.

Is this picture vastly different in any other SADC countries?

To me, any society in which large numbers of men are failing to adequately care for and raise their children, whatever its other successes, is a failing society. Forget roadmaps and progress towards achieving gains through the Protocol or indeed through the MDGs, unless this paradigm of male indifference to our children and our States’ failure to tackle the problem is reversed.

Blaming individual men won’t work either! The problem is systemised and closely linked with poverty, modern political cultures that paradoxically celebrate polygamy and “small houses” and talk the talk of gender programming whilst they really mean “let’s just challenge the women’s movement to achieve this and leave the men alone”.

I feel sometimes that my own work on fatherhood is seen as a nice touchy feely subject for me to be fascinated with – but not really mainstream from a gender transformative perspective. Very little support is given to parenting by the state and agencies with a real stake in gender transformative work. In the meantime, a whole new generation of children is being raised with the same old gender stereotypes and attitudes: The next generation of absent fathers.

There are signs of hope that attention is being focused on this issue. In Malawi this month, in which we mark Fathers Day on 19 June, 20 MPs led by Ephraim Kayembe will move an early day motion on the need to focus on Active Fatherhood in Malawi as an urgent national policy issue.

In Zimbabwe, the African Fathers Initiative is calling for a gender sensitive Parenting Action Plan (PAP) as an urgent priority. This plan will, amongst other things, give advice to all parents about raising children without recourse to physical punishment such as smacking and beating. It will enshrine the rights of children to emotional and financial support from both parents even when their own adult relationship is in trouble or breaks down completely.

We want a parenting advice hotline and agencies and workers trained to give advice across the country. We will encourage and demand more from fathers and from our Government to support those fathers and families that really want to make a difference and turn things around.

Responsible, committed and involved fatherhood is an essential component of any attempt to transform families and societies to better reflect gender equity, child rights and shared parenting responsibilities and enjoyment. This is the baby elephant in the room that both men and women in the gender movement need to acknowledge and work with.