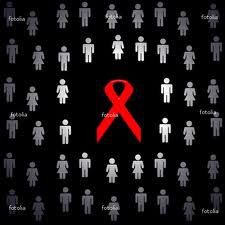 The high cost of maternity and health care, the lack of a proper follow-up system, and a limited ability to diagnose HIV infection early in babies means many Zimbabwean children are not being caught by the safety net that the prevention of mother-to-child transmission (PMTCT) programme was intended to provide.

At least 150 000 children below the age of 15 are living with HIV, and more than 90% of HIV infections can be attributed to vertical transmission, according to government figures. In 2009 an estimated 13 300 children under the age of 15 died from AIDS-related illnesses because they did not receive HIV treatment in good time.

Although there has been some progress in combating paediatric HIV, Peter Halpert, Health and Education Team Leader at the US Agency for International Development (USAID), told IRIN/PlusNews that much needed to be done to reduce the mother-to child-transmission of HIV.

He said most children were getting lost in the system because their mothers did not return to clinics for additional maternal and child health services after the initial visit to the antenatal clinic.

Financial constraints and lack of knowledge about the importance of registering for antenatal services were major barriers, while long distances from health facilities prevented many women from accessing treatment for their infants.

“User fees [to access services] continue to be a topic on the agenda of many public health practitioners. Unfortunately, the economic situation in the country is such that the government is unable to give grants to health facilities for the day-to-day running of the facilities – most of these now depend on the user fees to enable some form of service provision,” Halpert said.

Hyperinflation caused the government to abandon the Zimbabwe dollar in favour of the US dollar in 2009. “Data shows … [movement] of clients from urban (more expensive) clinics to the rural/mission (cheaper or free) clinics immediately after the dollarisation, so user fees do play a part in the failure to access care,” he noted.

Registering for antenatal services at most city council clinics costs about US$50, while mission hospitals and other rural government hospitals charged about US$20.

Halpert said the lack of CD4 count machines [to measure the strength of the immune system] in most health facilities, and the limited ability to diagnose HIV infection early in babies was another challenge facing the PMTCT programme.

The Minister of Health and Child Welfare, Dr Henry Madzorera, recently warned that about 14 000 of the anticipated 47 000 children born to HIV-positive couples in 2011 were likely to be infected with HIV if the government and its partners failed to extend the availability of high-quality PMTCT programmes.

A key intervention that could help reduce vertical transmission of HIV was implementing the 2010 World Health Organization (WHO) guidelines on PMTCT, which recommend that all HIV-positive pregnant women begin antiretroviral (ARV) treatment at 14 weeks of pregnancy and continue until they stop breastfeeding.

“If these new guidelines are applied to every HIV-positive pregnant woman, they will definitely reduce the number of babies born with HIV,” Halpert said, but Zimbabwe’s cash-strapped public health sector would find it very difficult to implement this.

Now, efforts to reduce new HIV infections have received a shot in the arm from the Children’s Investment Fund Foundation (CIFF), a London-based organisation, which recently awarded a US$45 million five-year grant to the Elizabeth Glaser Paediatric Foundation (EGPAF) to fund various interventions in Zimbabwe.

About 13% of pregnant women in Zimbabwe are HIV-positive, one of the highest rates of infection in Africa, according to EGPAF.

“New HIV infections are still occurring at alarmingly high rates, particularly amongst young women, and AIDS-defining conditions are the leading contributing factor to both maternal and child mortality,” Rubin noted.

“More antenatal care sites need to offer comprehensive PMTCT services, as well as more efficacious drug regimens. Better follow-up needs to occur so that women not only receive ARVs, but take them, especially according to the new WHO Guidelines,” he urged. “More pregnant and lactating women need to access ARVs for their own health.”