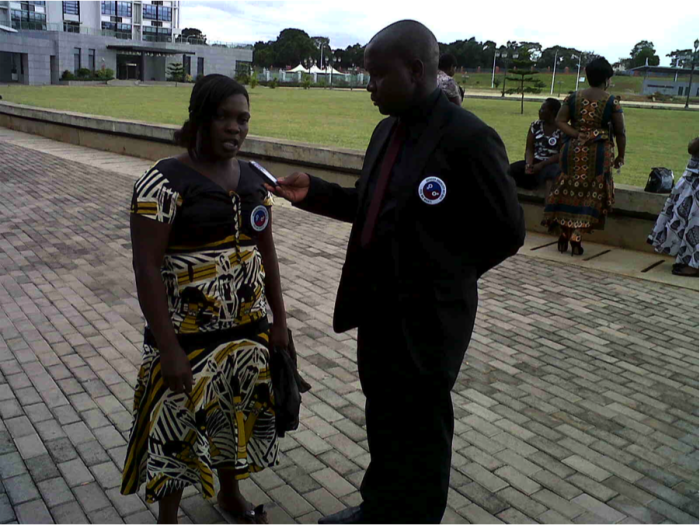 FM 101 Power has managed to reach a recommendable issues in far as issues of gender are concerned. The coming in of Gender Links programs and trainings some four years ago the FM 101 Power has been progressing well as a Centre of Excellence in promoting gender issues. As a Centre of Excellence the institution has off late employed four female Journalists and one Presenter making it five. As am making this presentation the institution has employed three two female for our northern region office. The two female journalists will start with attachment for three months before offering them fulltime employment. Despite several challenges to reach this far, the station is working with a number of organizations like Population Reference Bureau, Gender Links and Men for Gender Now and in promoting gender equality. . for instance fm 101 received Certificate of Commitment on 1 December 2008 for adopting a Gender Aware HIV/AIDS Policy from Gender Links.   fm 101 received certificate of appreciation for supporting and promoted the women of distinction award on 10 march 2012 at the new state house then by offering free advertising and sponsoring tables at the event. As for the evidence of change the FM 101 Power assigned Rachel Joshua and Grace Ndau as Producer and Presenter of Tipewe Anti Aids Program which comes every Sundays from 1300hrs to 1400hrs in the afternoon while Grace has been appointed as Head of Political and Legal Affairs Desk in the Newsroom a position usually held by men.