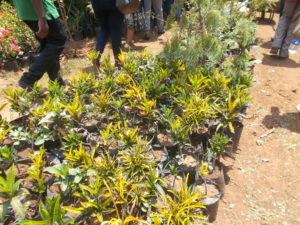 Kabwe is located in the central town in the republic of Zambia. The town became a Centre of Excellence in 2010. This council is one of the Centres of Excellence in Zambia promoting the Southern African Development Community (SADC) protocol on gender and development.

Kabwe Council has put in place policies and action plans with flagship programmes to end gender violence as well as to promote local economic development and green municipalities. Gender policy has been adopted and the Municipality has been implementing the activities such as street lighting, Greening of the town, Lead Remediation Project, and few other projects to promote gender equality. The council has 27 councillors, of which only one of them is a female.

The council has six committees and none of them is being chaired by a woman. In this council, there is a visible domination of men and underrepresentation of women, youth and people with disabilities (PWD).

However, the council has people participating in the community-based projects and meetings. Between 51 and 75 percent women participate in public consultations. These include ward development committee meetings, council meetings, management meetings and community meetings for clubs.

Of the total workforce, the council has employed 40% men, 18% women, 41% youth and 1% PWD. The female councillor also acts as a Gender Champion, one PWD is a secretary and a few members of youth are in management while others are general workers. The Director of Finance and Planning is a female.

Kabwe Council has allocated budget for promoting gender related projects, from 2015 and 2016.

As part of the of the Council’s local economic development plan, there are market stalls allocated to men, women and youth. There are more women than men with market stands. Most of the men with market stands are youth. There is an Existence of Entrepreneurship Finance Scheme under the World Bank, Project Zambia Mining, and Environmental Lead Remediation Project. The project is in three phases, that include the sensitization and Livelihood Skills training which has already been done, then the proposals will be submitted by the beneficiaries. Lastly, the funding follows. Council will be monitoring the sustainability of the businesses of the beneficiaries.