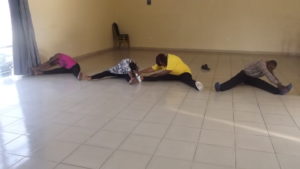 Kapiri Mposhi District is a district of Zambia, located in Central Province. The capital lies at Kapiri Mposhi. As of the 2010 Zambian Census, the district had a population of 240,638 people.

The Gender Policy has made a lot of progress on this front in the sense that some of the decision making positions in the council are being taken by women. This has shown that even women can do what men can do even better. There are 16 councillors in the council, 13 being male and three being female.

Women, men, young people and people with disabilities (PWD) engage in community projects. They have all actively participated through the District Development Coordinating Committees, through the ‘Keep Zambian Clean’ campaigns, the local government week, sports activities, workshops and routine cleaning of the markets. Between 51% and 70% women participate in the public consultations of the council. Those include the District Development Coordinating Committees, full council meetings, sensitization meetings, District developmental meetings.

Of the total workforce, the council employs 15% women, 53% men, 31% youth and 1% PWD. Women are only 30% of the council’s management. Planning department has five women, administration has 11, and finance department has 10 females. These women consist of revenue collectors, clerical officers, register supervisor, market supervisors, accounts officers, settlements officer and community officers. Women may be few in the council but they hold top positions.

Kapiri Mposhi Council has allocated funds for gender related projects from 2015 and 2016. .

As part of the council’s local economic development plan, markets stand have been designed mainly to women and the youth who have shared an equal opportunity basis with a percentage of about 70. Men and PWD are sharing15%. The explanation is that women are always good at business and will always do their best to look after their families even if it means selling just tomatoes to be on the streets.

The council is responsible for provision of health care. Condom distribution is one of the family planning campaigns that the council is directly involved in. These campaigns are held once a month in various places of the district and during the council sports activities every Friday. This is usually done by the drama group who are able to disseminate the information effectively to the communities.