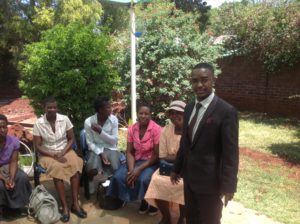 Methodologies to curb deforestation and land degradation enables a conducive environment towards the climate change. Tree planting and prohibition of negative externalities as good practices can also limit the effects of ozone layer towards the global warming. Poor practices on the environment creates affects natural resources at large. Climate change causes earth temperatures to rise.

This project aims to combat climate change in Zimbabwe, and Africa at large. There are primary energy sources, like oil, gas, and coal that are converted into electricity, a secondary source, which then flows through power lines to our homes and businesses. Today, four-fifths of all electricity in southern and eastern Africa is generated from fossil fuels.

Also, as people were taught, burning these fuels produces carbon dioxide emissions which trap the sun’s energy, and this makes the Earth too warm and contributes to extreme weather events. However, other types of cleaner energy, known as renewable energy sources, offer tremendous potential. With the right infrastructure, half of all electricity in southern and eastern Africa could come from clean, cost-effective renewables by 2030. The masses would then see a substantial reduction in carbon dioxide emissions.

The government has not allocated any budget to support this project. In fact no statistics were collected to prove how many beneficiaries this project has reached. This has been some of the challenges faced to develop the project. Lack of resources has also been the major challenge.

The campaign has yielded positive changes within the households. Amendments have been seen in motion based on ending child marriages and also increase jail time for rapist. Hence reduced number of crimes in the community. The people have gathered and formed solidarity and engaged in combating climate change within their country without enforcing gender segregation in this whole project.

People have been encouraged to also engage in farming, either for commercial means or substantial. Not only does that contribute to mitigating climate change, but also helps them to have food to sell and/or for their families to eat.

Mudiwa HIV and AIDS Organisation has a gender policy on ground hence it would like a working partnership with Gender Links.

Mudiwa HIV and AIDS Organisation was registered in 2012 in Zimbabwe as a PVO, We have a well enforced gender policy. We are looking for partnerships.