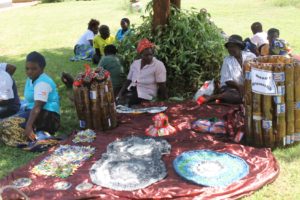 The project intended to dump waste in an environmentally friendly way. Through the above objective, Gwanda Municipality would promote waste reuse and reduce waste that is dumped so as to increase the life span of the landfill. It would seek to monitor underground water pollution. Having achieved the above objectives chances of creating an informal industry would be very high. The above had to be achieved by having some interception meetings (planning) where budgets would be drawn followed by budget review meetings. The tender for Environment Impact Assessment survey had to be done for proper work to be implemented and that would result in a smooth flow of evaluation processes as the project unfolds. A selection meeting on EIA applicants had to be undertaken before the tender of the landfill construction took place.e. The project indicated that when the landfill site was closed and became capped, it could be used as a wildlife reserve. The project highlighted that chances of generating income were high after collecting waste materials for reuse.

The project had benefited 338 women (84%) and 63 men (16%) making it a total of 401 people. There were some indirect and online people who benefitted from the project. The indirect and online beneficiaries benefitted through website accesses, mailing lists, scholarly articles and other networks. Contributions made by the council to this project in kind was $10 000. Gwanda Municipality has facilitated venues for meetings and at times provided stationery which was used by the participants. World Vision had poured in $250 000 making it a total of $260 000. World Vision as a partner had encouraged both men and women to be involved in the project but more women heeded the call.

The project succeeded because the participants were adequately capacitated. The people benefitted through waste reuse and recycle hence job creation that enabled the Gwanda participants to earn a decent living. Constant visits by the local authority and partners (World Vision, Ministry of Health and Child Care officials, Environmental Management Agency officials and twin city Kadoma City Council officials) helped in driving the project to be a success. The numerous reports brought to the office by the health clubs assisted in many ways. For easier monitoring and evaluation exercises, the participants were divided into a number of groups which all participated in waste reuse and recycling but at different levels. The different groups would meet and give feedbacks as a work and learn exercise. That helped all participants to know what each individual group was doing at any particular time. The partners also arranged that all the produce be brought forward at agricultural shows and individual group winners were presented with awards. That made the monitoring and evaluation process easier.

Some of the challenges that that the groups have faced include financial constraints at the initial phase. Some participants had their social financial problems and wanted to divert the money given by the partners to solve their personal problems promising to repay later. To overcome those challenges the monitoring department had been conducting refresher courses for members. The community members did not want to participate in the project at its initial phase as they did not view it as worthwhile. However, because of the success which were realised from the very early stages, even men started to show some interest. Most men had considered the project as a “woman thing”.

The presence of men during cleanup campaign showed a positive change, in which men then understood that cleaning was not only for women but the duty of everyone. It implied that waste separation was to be done at household level. Men would sometimes pick canes and other waste materials for their spouses to use in the production of useful products or for resale to recycling companies. That enabled the participants to earn decent living. The community appreciated that waste such as empty bags of cement are sold to the miners for other purposes. There are now very few dump sites within the Gwanda Municipal area. The community felt that it was its’ duty to ensure that the town was clean and not only the local authority’s responsibility.  The project results and lessons had been shared with several institutions such as learning centres. That effort was to increase awareness and interest in the economic empowerment of the local people.

The project had induced the idea of consultative meetings to discuss problems and challenges faced by the communities and map the way forward at communal level first than wait for outsiders to come and offer solutions. Gwanda community now believed that home grown solutions were the best way to go. The people would elect their own committees to spearhead in tackling their own challenges. The different committees would compile minutes and did the record filing (record keeping). Gwanda Municipality and the other partners arranged some “look and learn visits” for the participants which had proven to be very effective. All that would have been learnt would be cascaded to other organisations through the municipal media, awareness campaigns and meetings.