Case Studies Zimbabwe: Stepping up campaign for access to safe ... 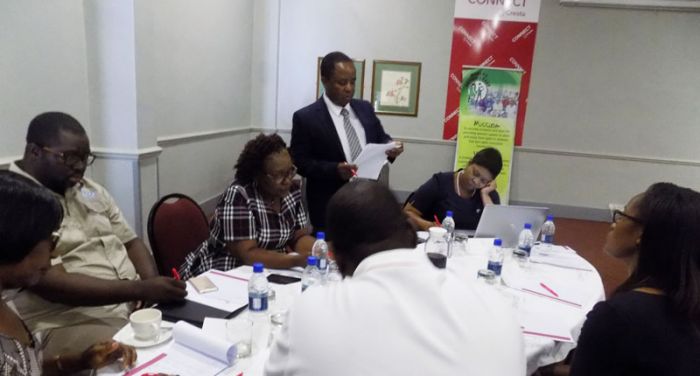 Zimbabwe: Stepping up campaign for access to safe abortion services

Abortion in Zimbabwe has been taboo due to social stigma and the restrictive law governing provision of safe abortion services. Research done in 2016 revealed that 66,800 abortions took place in Zimbabwe. Women’s Action Group implemented a project aimed at starting conversations on safe abortion from 2017 in Masvingo, Bulawayo and Gweru districts. The project sought to raise awareness on the Termination of Pregnancy Act (1977) through community dialogues. A national survey on abortion attitudes, knowledge and practice was done. A coalition of all organisations working on abortion was formed and met twice a year. Dialogues with Parliamentarians conducted.

Zimbabwean legislation on abortion is restrictive. Abortion is allowed when the continuation of pregnancy endangers the life of the woman, cases where the foetus was conceived as a result of unlawful intercourse, including rape, incest. Obtaining a legal abortion is a long and fraught process in Zimbabwe. If a woman is raped she must obtain a certificate to terminate from a magistrate in that area. Communities and health workers are not aware of this law. Abortion contributes to the high maternal mortality rate in Zimbabwe.

Furthermore, getting a legal abortion in Zimbabwe is a costly process which requires one to go through several medical examinations and approvals by physicians.

WAG implemented a project whose ultimate goal is to empower and girls to utilise the law for access safe abortion services without stigma, to reduce unsafe abortion-related deaths and morbidity in Zimbabwe. Strategies used; training of health workers on the TOP and post-abortion care, community dialogue, research on abortion attitudes, the formation of an abortion coalition, dialogue with parliamentarians. These strategies were used to reduce abortion stigma, bring the issue for discussion at the policy level. Awareness of the fact that abortion is already allowed by law in specific circumstances was raised.

The initial activity was a survey to understand attitudes on stigma and practices on abortion. Research findings informed programme rollout. Feedback meeting for the research was done. Community dialogues on abortion targeting women and traditional leaders. Use of value clarification exercises. Discussions focused on the current situation with regards to abortion, myths about abortion, abortion stigma and the current shortcomings of the law. A national abortion coalition that meets twice a year to update on issues was formed. Coalition meetings define strategies on advocacy issues on policy issues. Health workers in selected districts have been trained on the current law on abortion and post-abortion care. The broad aim was to address negative attitudes and stigma related to abortion.

Increasing media presence on abortion positive stories through Radio programmes and print media. This was done to bring visibility to abortion as a reproductive justice issue in Zimbabwe and influencing public and decision-making opinion. WAG has also made presentations on abortion at regional and international conferences such as the Reproductive Justice conference at Rhodes University (2018).

Currently, WAG in partnered Population Reference Bureau (PRB) to develop a multimedia communication tool that will be used by the abortion coalition for advocacy. Another approach that has been used is the sensitization of members of parliament on the impact of unsafe abortion and how this is contributing to maternal mortality in Zimbabwe. In order to include all the players, WAG has partnered the Swedish Embassy and formed another coalition which is organized in clusters; service providers, researchers, policy and law, community engagement. WAG offered psychosocial support and financial support for those who require legal termination after unlawful sexual intercourse.

WAG partnered with several organisations. Some members of the Women’s Coalition are part of the abortion Coalition. Ministry of Health and Child Care has assisted with information and the situation in the health institutions. The trained health workers are also feeding information on the challenges faced by women and girls as they try to access abortion services. The Swedish Embassy has also provided space and some technical expertise to the group that meets at the embassy. Organisations such as SAfAIDS are also part of the coalition that is coordinated by the Swedish Embassy. WAG benefits from the regional experience that SAfAIDS shares in meetings. PRB is supporting the development of a multimedia tool that will be used for advocacy with policymakers. WAG has also partnered Adult Rape Clinic who refer clients who have been raped and in need of termination of pregnancy. Zimbabwe Women Lawyers Association has continued to offer technical expertise in the analysis of the law and identifying gaps.

Research institutions such as the Guttmacher Institute have provided data on abortion incidence and morbidity in Zimbabwe.

The immediate result is the increase of knowledge on abortion and abortion services for women and girls in Bulawayo, Gweru and Masvingo districts in order to reduce stigma related to abortion and create public support on abortion in the selected districts by 2019. This has been achieved but there is need to continue sensitizing communities on the current law. The information has also been shared through radio programmes and reached communities from outside the targeted districts.

Secondly, WAG has managed to increase knowledge on the provisions of the Termination of Pregnancy Act and post-abortion care services among parliamentarians, health service providers to ensure women are able to access safe abortion services in Bulawayo, Masvingo and Gweru districts by 2019.

WAG also managed to bring up abortion as a national issue where the law must change to address the gaps that have been identified. The national coalition is now a recognized national structure on abortion. There is no need to develop a clear position on our asks with regards to the law. We need to agree on whether we will advocate for a review of the current law or advocate for complete liberalization of the law. The next step is to build a consensus on abortion. After that, we can then package advocacy information for the parliament so that they move a motion on the termination of pregnancy. This process needs to be carefully planned as we will definitely have opposition.