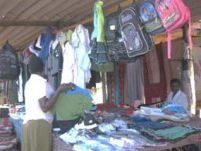 Gender Links Financial Policies and Procedures require that we test all suppliers against the market from time to time and that we justify our preferred suppliers, as well as draw from a range of proven suppliers for our services.

We, members of the LGBTI community from across Africa, note with great concern that the media, which remains the most powerful facilitator of information and education, largely sensationalises and presents an unfair reflection of our diverse community.

The first general assembly of the Global Alliance on Media and Gender (GAMAG) has rounded out a week of meetings at the UN with a call for gender equality in and through the media by 2030 in line with the Sustainable Development Goals (SDGs).

Justice has been served

Gender Links joins fellow activists in welcoming the news today that Oscar Pistorius’ culpable homicide charge has been over turned into a murder charge. This is a bold statement during this Sixteen Days of Activism that men cannot get away with the murder of their intimate partners.

Gender Links, a dynamic Southern African NGO headquartered in Johannesburg, seeks a Head of Programmes to lead, coordinate and fundraise for its alliance, media, governance and justice programmes.

Gender Links, a Southern African NGO based in Johannesburg specialising in gender, media, women’s rights and governance seeks to appoint an experienced suitable independent professional Internal Audit Service Provider on a part time day rate service contract to conduct the Internal Audit of Gender Links for a period of one year commencing from October 2016.

The multi-donor Fund for Gender Equality (FGE) of the United Nations Entity for Gender Equality and the Empowerment of Women (UN Women) was launched in 2009 to fast-track commitments to gender equality focused on women’s economic and political empowerment at local, national and regional levels.

Gender Links (GL) and the European Union collaborated to implement the Making Every voice count for gender equality in South Africa programme whose main focus was to contribute to the attainment of the 28 targets of the SADC Protocol on Gender and Development to be achieved by 2015.

The Southern African Gender Protocol Alliance has called on SADC Heads of State to put their weight behind the review of the SADC Gender Protocol, especially the proposed Monitoring, Evaluation and Results (MER) Framework.