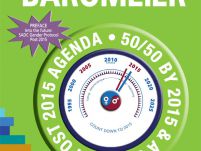 In August 2008, Heads of State of the Southern African Development Community adopted the ground-breaking SADC Protocol on Gender and Development. This followed a concerted campaign by NGOs under the umbrella of the Southern Africa Gender Protocol Alliance. By the 2013 Heads of State summit, 13 countries had signed and 12 countries had ratified the SADC Gender Protocol.

Roadmap to equality: lessons learned in the campaign for a SADC protocol on gender and development 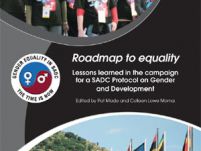 This handbook is the collaborative reflection of members of the NGO Alliance that campaigned for the historic adoption of the Southern African Protocol on Gender and Development in August 2008. 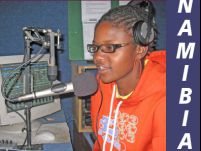 This audit of women and men in Namibia media houses is part of the Glass Ceilings: Women and Men in Southern African Media conducted by Gender Links (GL). The findings will be used in a global study being carried out by the International Media Women’s Federation (IMWF) through the Gender and Media Diversity Centre (GMDC). 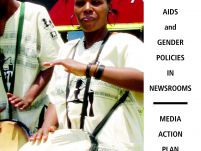 The handbook – part of the Media Action Plan (MAP) on HIV and AIDS and Gender – is targeted at key decision-makers within media houses who are pivotal to providing vision and effective leadership as well ensuring that policies are turned into action. 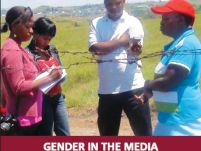 Making Every Voice Count: Reporting Southern Africa is a compendium to Making Every Voice Count: A Handbook for Gender in the Media Centres of Excellence.The hand book maps out the process, including the management, monitoring and evaluation tools. Reporting Southern Africa is like the concertina that opens out at the critical Stage 7: Backstopping. 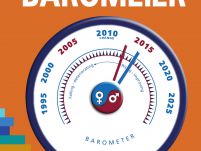 The 2013 Barometer is the fifth in the Barometer series, a landmark year for tacking, naming and shaming, in the crucial countdown to 2015.

Since the adoption of the Southern African Development Community Protocol on Gender and Development, and its coming into force, Member States are now legally obliged to fulfil the 28 targets of the SADC Gender Protocol by 2015. 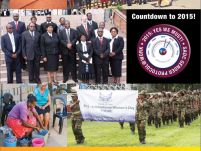 Over 300 delegates from around the Southern African Development Community (SADC) converged in Johannesburg from 22 to 24 April 2013 for the largest ever gathering of activists, government and media to make a concerted push for gender equality. 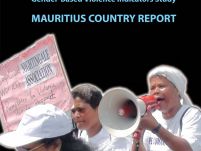 About a quarter (24%) of women in Mauritius have experienced some form of gender-based violence in their lifetime including partner and non-partner violence. An almost similar proportion of men (23%) admit to perpetrating violence against women in their lifetime.

Following a new gender-quota law for local elections that came into effect January 2012, gender activists believe that this may open the door for the country to reconsider its position with regards to signing the 2008 SADC Protocol on Gender and Development.

The third Southern Africa Gender Protocol Barometer moves into high gear with the introduction of the SADC Gender and Development Index (SGDI) that complements the Citizen Score Card (CSC) that has been running for three years. With empirical data on 23 indicators in six sectors, the SGDI puts SADC countries at 64% of where they need to be by 2015: the target date for meeting the 28 targets of the Protocol.