Gender and Photojournalism in Southern Africa: a manual for trainers

“Picture our lives”, jointly produced with SAMSO, provides insight into gender and photo journalism in Southern Africa. The wealth of exercises and examples is an eye-opener to those who make and take images, as well as those who daily consume them. 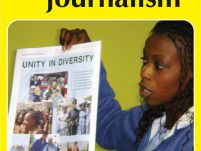 This primer documents one of the most far-reaching efforts to mainstream gender in media education in Southern Africa in partnership with the Department of Media Technology, Polytechnic of Namibia. 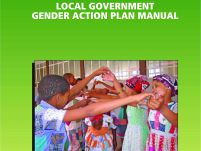 The Local Government Gender Action Plan Manual is a product of the Training of Trainer (TOT) workshop that took place in Johannesburg in November 2007. The workshop brought together representatives of gender and local government ministries, local government authorities and their staff from the four case study countries of the Gender Links (GL) study: At the Coalface, Gender and Local Government. The four countries are Mauritius, Lesotho, South Africa and Namibia. 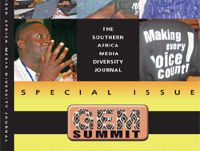 This bumper edition of the Media Diversity Journal features examples of good practice in diversifying sources, markets and ownership of the media.

Business Unusual: Gender and the economy 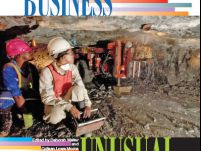 As a region, the Southern African Development Community (SADC) is increasingly recognising that development – economic, social, is increasingly recognising that development – economic, social, and political – requires a conscious awareness of how different strategies and choices affect the lives of all citizens, both women and men. Yet the gender dimensions of macroeconomic policy, budgets, trade, work and business are among the least understood by policy makers, decision-makers and the media. This book sets out to explore some of these issues. By looking at topics such as the hidden economies of care, the world of work and enterprise, development, globalisation and trade, budgeting and governance, this book offers unique perspectives on gender, the economy and business.

Gender and Tabloids in Southern Africa 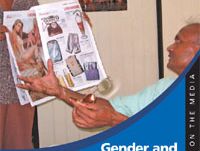 For better or for worse, Southern Africa is in the grips of a tabloid explosion. Press freedom and the discovery of new markets among the lower paid working classes previously not reached by the written media have led to a mushrooming of newspapers that are not only tabloid in form but also in content- visual; sensational; superstitious; feeding off local celebrity news and scandals. Women’s bodies are unashamedly used as a selling point. Yet these papers have a large following among women (even if many are secondary rather than primary readers). They reach millions of people. They claim, at least in their inside pages, to give more space to the views and voices of “ordinary” men and women than the mainstream media and to provide better information services to the community than many state-run services. How true is this? Can tabloids be part of the march to transform gender relations, or are they just another of the many reactionary forces to be contended with? Timely, provocative and well-researched, this sixth issue of Mirror on the Media by Gender Links and partner organisations is the first comprehensive study not just of gender and tabloids in Southern Africa, but of this phenomenon in the region more broadly.

The I Stories is a series of 20 first hand accounts of gender violence from across Southern Africa produced by the GL Opinion and Commentary Service for the Sixteen Days of Activism. Covering topics such as gender violence and the law; domestic work; children; HIV and AIDS and sexual orientation, a foreword to the book warns that these stories “are not for your comfort. Told with the rawness and pain with which they have been experienced, they will shock and upset you… But they will also give you hope. Hope that women in our region are speaking out. Hope that many years too late politicians have recognised that women’s rights are human rights. Hope that our best bet in getting action taken is by breaking the silence.À

The I Stories is a series of first hand accounts of gender violence from across Southern Africa produced by the GL Opinion and Commentary Service for the Sixteen Days of Activism. Covering topics such as gender violence and the law; children; and HIV and AIDS, the book will be launched in Johannesburg on 25 November (International Day of No Violence Against Women) at the Take Back the Night Campaign. 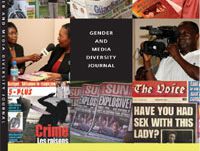 Gender and Media Diversity Journal aims to build a bridge between media policy and practice, providing a space for analysis, comment, debate and dialogue. 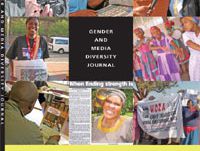 The fourth edition of the Gender and Media Diversity Journal focuses on the topic of media, activism and change. It explores various aspects of media activism À“ how media itself plays an activist role and how activists are increasingly using the media more pro-actively on issues as diverse as gender, HIV/AIDS, children’s rights and governance. The South African local government gender action plan manual is designed as a complement to the government’s Gender Policy Framework for Local Government. While the framework provides the policy guideline, the manual provides the tools for understanding what gender mainstreaming is; why it is important; and how to go about developing a gender action plan. 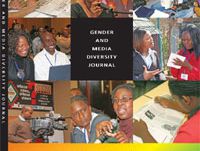 Issue 5 of the Gender and media Diversity Journal shares a selection of case studies and papers presented at the Gender and media Summit (GEM) 2008. These are complimented by articles produced by journalists for the daily conference newspaper, further highlighting voices, opinions, and insights from participants under the theme “Whose news, whose views? Critical citizens, responsive mediaÀ.