My wife died many years ago in 1996 when we had less information on HIV/AIDS at our village. In 1994, my daughter too died of HIV/AIDS at a hospice after my family refused to assist me look after her during her illness.

I am a care worker

I take my medication and encourage others in my shoes to do the same. We encourage men in the group to be responsible and provide for our families. It is important that men be involved in the care giving responsibilities so that we can shift the burden of care from women who have so long been doing the work.

If I had known – now I know 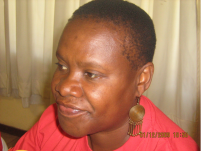 I always remember the period with my grandfather is the happiest of my childhood after the calamity of my mother’s and my sister’s death. Some girls started to talk to me about going to the border to talk nicely to those miners and carry their luggage too. But our aim was not to take them to the taxi. It was to take them home and have sex with them so we could make money. At the time when I started to go to the border to lure men into bed for money, I used to have sex with grown men who were old enough to be my fathers. I started buying beautiful and fashionable clothes, jewellery and a cell phone for myself. I felt on top of the world. I was no longer hungry.

Bed ridden because of Care work 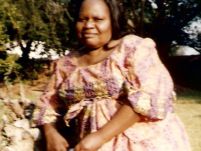 The patient could not walk and I did not know how to use a sponge bath on a bed. As a result, I used to lift her on my back to the bathroom and after bathing her, lift her from the bath tab back on to the bed. This took months of me doing this because her recovery process was slow. 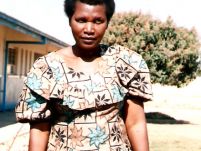 The illness began in 2002 on 2 October when my last born daughter who was about 17 years old and had just completed school the previous year fell sick with what seemed like malaria. We actually though it was malaria. At the time she fell ill I had gone to the village and when the girl complained of fever, her father administered Fasida a malaria drug because he was sure that is what it was. 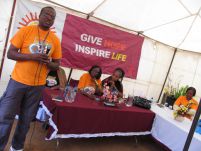 In April 2009, GEMSA embarked on the second phase of the care work project-unpaid care work. 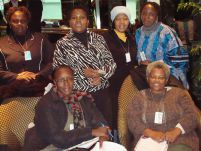 Further to the launch of the care work campaign in 2006, GEMSA undertook an audit in 12 Southern African countries to analyse the gaps that exist in these policies. The results are appalling in most countries in the region; only one country, Namibia had a good policy in place for care work. Governments in Namibia are in support of this process to recognise care workers.