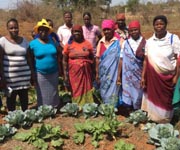 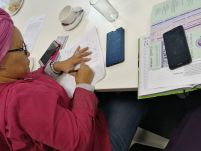 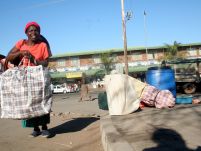 By Colleen Lowe Morna Cape Town, 11 February:  Thirty years since Nelson Mandela walked out of jail, South Africa is still the most unequal country in the world and the gender pay gap shows little sign of abating. These are the findings of the Inequality Trends Report launched by Statistics South Africa and several partners […]

I A J Journal

365 days of action to end violence against women and children

Assessing progress on the implementation of the National Action Plan 2007 – 2011 and assessing the efforts, activities and strategies put in place to deal with the high level of crimes against women and children.

The Commission for Gender Equality reported on the implementation of CEDAW to the people of South Africa and the international community. The report covers the period 1998-2008.

This report is an evaluation of how much progress has been made at national level following the adoption of the Beijing Platform of Action.

Marking Gains and Counting Losses in 20 years of Democracy

The intended outcomes of the ASRH&R framework strategy will benefit the adolescent population of the country as well as family and service providers.

This booklet is a summary of the key findings of a study on teen pregnancy. The findings are congruent with past and current literature on teen pregnancies in South Africa, but also bring new dimensions to the discourse.

Beyond numbers: Gender audit of the May 2019 South African elections