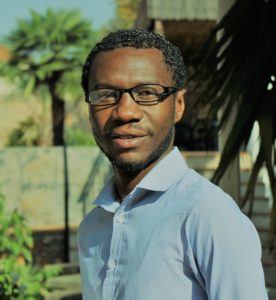 Kapiri Mposhi District is a district of Zambia, located in Central Province. The capital lies at Kapiri Mposhi. As of the 2010 Zambian Census, the district had a population of 240,638 people. The Gender Policy has made a lot of progress on this front in the sense that some of the decision making positions in […]

Lusaka is the capital and largest city of Zambia. It is one of the fastest developing cities in southern Africa. Lusaka is in the southern part of the central plateau at an elevation of about 1,279 metres. Lusaka is the centre of both commerce and government in Zambia and connects to the country’s four main […]

The project’s purpose is to promote girls rights through life skills education and HIV/AIDS prevention, and sexual and reproductive health and rights (SRHR) education through community awareness campaigns and capacity building for both in and out of school. It is a good practice as it provides girls with knowledge and skills to empower their capacities […]

Mongu is the capital of Western Province in Zambia and was the capital of the formerly-named province and historic state of Barotseland. It is also the headquarters of Mongu District. The progress that the council has made on this front include developing the Gender Action Plan to guide its work. The council has 24 councillors, but none […]

Kabwe is located in the central town in the republic of Zambia. The town became a Centre of Excellence in 2010. This council is one of the Centres of Excellence in Zambia promoting the Southern African Development Community (SADC) protocol on gender and development. Kabwe Council has put in place policies and action plans with […]

“Mainstreaming gender into trade could help solve the problem of gender inequalities.” I have started assessing the effect of economic policies (trade policies in particular) on men and women, boys and girls; identifying gender-based constraints that hinder inclusive development; and help in (whenever I have a chance to) devising strategies and policy measures to overcome […]

Fact file Country Zambia Province/Region Copperbelt Baseline score Post 2015 score Population  143,930 Number of women councillors  6 Number of men councillors Joined the COE programme  2012 Anchored Entrepreneurship Programme Summit Mufulira (“Place of Abundance”) is a town with a population of 125,336 (2007) in the Copperbelt Province of Zambia. It was established in the […]