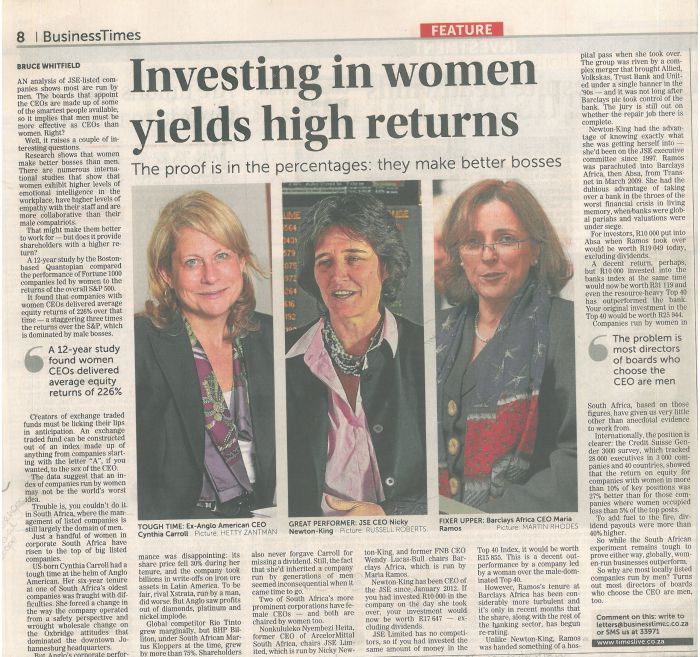 Description: The article written by Bruce Whitfield in the Business Times (26 April 2015) is a Gender Awareness article in that it recognizes and outlines the great role impact that women do in the business sector as compared to men. it serves to outlook the fact that the corporate world is said to be for men only and women can not survive.

In the article, the writer outlines that through analysis JSE is mostly dominated by men and the board that serve to appoint CEO’s is made up of men. This is a disadvantage in the side of women in that all those who appoint will obviously be in favor of men instead of women. This then creates a glass ceiling for most women in that it is difficult for them to occupy higher positions.

In a male dominated industry, where it takes a lot of courage to get recognition as being a good leader it is considered as a male territory. In South Africa, only a handful of women have occupied management positions in the corporate world.