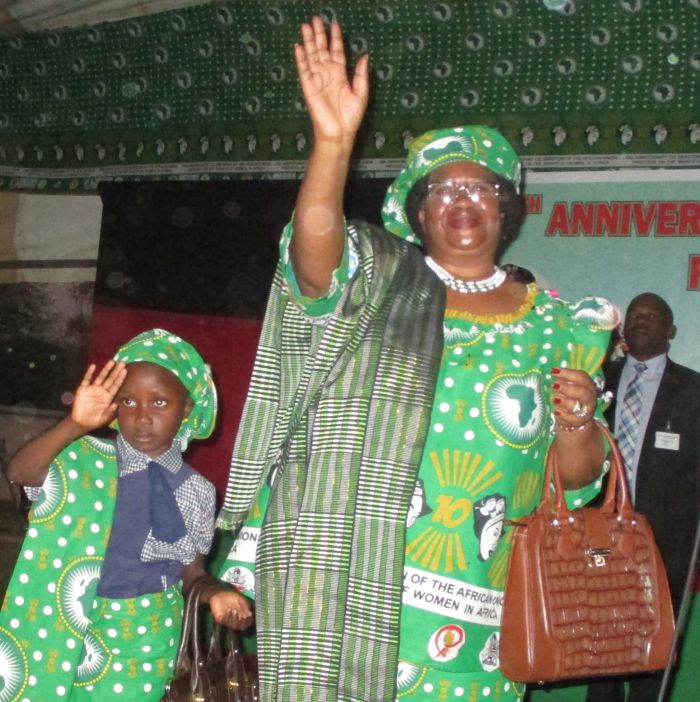 The Southern African Gender Protocol Alliance has called on President Joyce Banda, the only woman head of state in the region, to lead from the front in the struggle for gender equality as she assumes the chair of SADC Heads of State Summit that kicks off today in Lilongwe.

In her key note address at the 10th Anniversary Celebration of the African Union Protocol on the Rights of Women on Thursday, President Banda rose to this call by expressing solidarity with civil society, explaining that she embarked on a political career to ensure she could change the laws that constrain women’s rights.

“It is the responsibility of women in power to protect those that are vulnerable and voiceless… women of Africa must find their own way of fighting for their space and equity, not by force but through persuasion and negotiation,” exclaimed Banda.

Sixteen years ago, our Heads of State signed the SADC Declaration on Gender and Development in Blantyre, Malawi. Eight years ago, the Southern African Gender Protocol Alliance started a campaign for the SADC Protocol on Gender and Development, a unique sub-regional instrument that brings together all existing global and continental instruments for achieving gender equality into one instrument with 28 targets to be achieved by 2015.

Five years ago, 13 of the 15 SADC Heads of State signed the Protocol that came into force in September last year. Just two days ago, the Alliance had the honour of handing over the fifth issue of the SADC Gender Protocol Barometer to President Joyce Banda at the AU celebration. AU Chair Nkosazana Dlamini Zuma, South African President Jacob Zuma and Mozambican President Armando Guebuza were among the delegates that attended the celebration.

Colleen Lowe Morna, Gender Links CEO and representative of the Alliance delivered a statement on behalf of the Alliance addressed to President Banda. “Your Excellency, in April this year, we a received a pledge that Malawi would ratify the Gender Protocol. Malawi proceeded to ratify the protocol…you are a woman of your word. You lead Malawi, and you will shortly be chairing SADC. We look to you for leadership in the critical countdown to 2015.”

The statement further requested Banda’s leadership to ensure certain gender issues are put on high priority. “The first message we ask you to convey to Heads of State meeting here on SADC Day – 17 August – is one of urgency. Time is not on our side.”

The areas of urgency highlighted by the Alliance include the persistence of customary laws that leave women vulnerable to harmful practices and relegate them to second-class citizens. In Malawi specifically, child marriage and early pregnancies continue to disempower women. These practices are a clear example of how the SADC Gender Protocol, the African Charter on the Rights of Women, the Convention on the Rights of the Child and others are being flagrantly violated.

Girls’ and women’s lack of access to sexual and reproductive health rights across the region limit the effectiveness of family planning, worsen maternal mortality rates and hinder women’s agency. Governments need to respect the autonomy and right of women to exercise choices over their bodies.

Studies in six SADC countries show that between one in four and two in three women have experienced some form of violence over their life time. We cannot talk about human rights, safety and security, when over half the population of SADC is violated in this way. The Barometer shows that thanks to enlightened leadership, the levels of HIV and AIDS in the SADC region are receding. If the same political will could be shown in the fight against gender violence, SADC’s target of halving GBV by 2015 can and should be achieved.

SADC is blessed with a diversity of peoples, races, cultures, ethnicities, persuasions, beliefs, and sexualities. The principle of equality requires that the rights of all peoples be upheld, and that diversity not only be tolerated, but also celebrated.

Women in Malawi and beyond remain the majority of the poor, the landless, the unemployed, the dispossessed, and those whose voices are missing from economic decision-making. The Protocol urges the economic empowerment of women, ensuring equal access to, and control over, all productive resources: land, credit and state tenders.

For the first time since 2005, Malawi will have local elections in 2014: the heart of daily decision-making. Evidence shows that all the countries in SADC that have succeeded in increasing women’s representation in decision-making have done so through a combination of quotas and electoral systems. The 50/50 campaign must go beyond hollow slogans. Urgent and special measures are required to deliver on this target

The Barometer also indicates that although SADC governments have been quick to ratify the SADC Gender Protocol, and other gender equality instruments, they have been slow in implementing their requirements and achieving their targets.

Finally, women bear the brunt of the effects of climate change. The alliance is calling for an addendum to the SADC Gender Protocol on Gender and Climate Change.

Following this call for commitment and leadership, the SADC Gender Protocol Alliance led a resounding song with all delegates joining in, “Around the region equality is coming.”

Katherine Robinson is the editor and communications manager at Gender links. This article is part of Gender Link’s Opinion and Commentary Service special coverage of SADC HOS Summit in Malawi, offering fresh views on everyday news. ‘

I hope that the issue on young girls getting pregnant will be handled in a different way. Support for upkeep of newborns by govt social services would build up Malawi more than abortion.