CSW Column 2 GFMG: Critical audiences have the power watch the ... 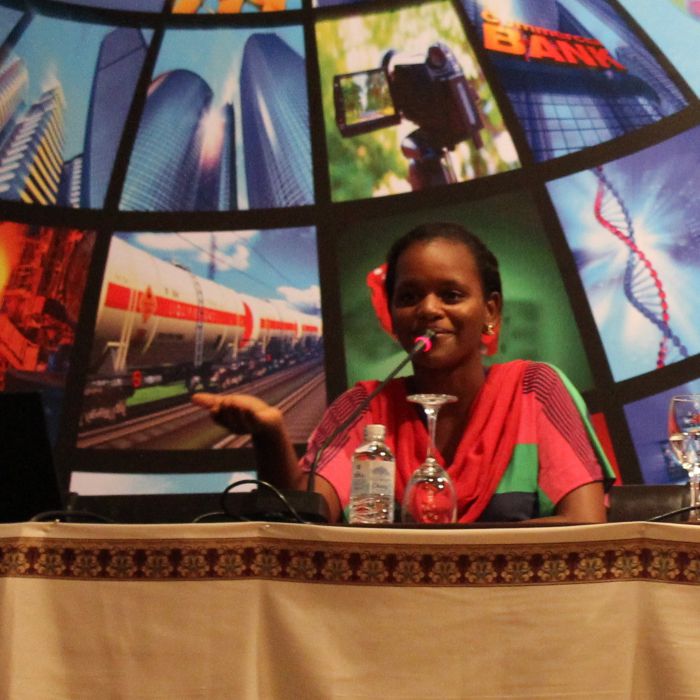 GFMG: Critical audiences have the power watch the watchdogs

Bangkok: 4 December: Media audiences can change the prevailing media culture and contribute to the fight for gender equality through critical engagement and active participation in the media. This is the message that came out of the Media and Information Literacy (MIL) session at the Global Forum on Media and Gender (GFMG) underway in Bangkok. Participants agreed that society must subvert the trend of passive consumption of media products.

As the fourth estate, the media watches over the other three arms of democracy, but who watches the media? Audiences wield a lot of power to shape media discourse and have a critical role to play in watching “the watchdogs”.

The media often perpetuates gender stereotypes and contributes to socialising women and men into very narrow roles that limit their potential and perpetuate gender inequality. Several studies suggest that this representation of women and girls as sexual objects fuels gender-based violence.

The Gender and Advertising in Southern Africa research conducted by Gender Links in 2007 revealed that most advertisements perpetuate gender stereotypes and the sexualisation of women’s bodies. This industry has continued to ignore the changing dynamics in women’s role in society.

Rawan Annan, Media Studies Researcher at the American University of Beirut in Lebanon noted that the media creates narrow notions of beauty: white, skinny and young. In reality, women cannot and should not conform to it.

This conception of ‘”beauty”‘ has fuelled deep insecurity among women, leading to eating disorders, as well as a boom in reconstructive surgery and skin bleaching industries where more and more women are trying to ‘fix’ their bodies to fit the narrow definition of “‘beauty”‘.

Roger Dunscombe, Co-Chair of the Australian Teachers of Media, noted that people can learn a lot about a society’s value system through the media it produces. Dunscombe also observed that in recent years there has been a gradual shift from passive consumption to a more media literate citizenry who critically engage with media products.

Due to media transformation and the rise of new media technologies, citizens have greater capacity to drive the media discourse, unlike in the past where only the powerful members of society directed the agenda.

He cited the example in Australia where high school teachers campaigned for the introduction of media literacy in the teaching curriculum. This resulted in a media literacy movement that is actively campaigning for citizens’ empowerment initiatives.

Another critical area of concern is the absence of women’s voices in the news media. Globally women make up 24% of news sources and in Southern Africa 19%.

Porntip Yenjabok, a MIL expert in Thailand said media have a responsibility to report with a gender perspective and resist practices that continue to discriminate against women. She noted that social media is a powerful gender advocacy tool and has opened up a space for women to make their voices count. Yenjabok also noted that women’s access to Information and Communication Technologies (ICTs) is high on Thailand’s agenda, because many rural women do not have access to these technologies.

Working through the Gender and Media Diversity Centre (GMDC), GL aims to create a critical citizenry that is able to hold the media accountable for gender equality. As Sara Gabai of the United Nations Scientific and Cultural Organisation (UNESCO), says audiences should never underestimate the power that a critical mass of enlightened citizens can bring to the media landscape.

Sikhonzile Ndlovu is the Media Programmes Manager at Gender Links. This article forms part of the Gender Links News Service special coverage of the Global Forum on Media and Gender, currently underway in Bangkok.

Comment on GFMG: Critical audiences have the power watch the watchdogs Cancel reply