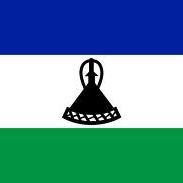 Maseru, 16 April: Gender Links Chief Executive Officer, Colleen Lowe-Morna has urged the people in Lesotho to concentrate on strengthening the post 2015 agenda with a focus on the 50/50 campaigns.

Lowe-Morna said the stakeholders should use the global agenda to strengthen their local post 2015 agenda. She pointed out that the SADC Protocol on Gender and Development is doing well in complementing Millennium Development Goals (MDGs), but said there were still major challenges in such areas as climate change.

She reiterated the need to stop discrimination against women, especially in politics in order to have more female representation in parliaments. Lowe-Morna said women should continue to be empowered because they have the potential to do things better.

“Women should be given the opportunity to participate in parliament”, adding that there was also need for women to have access to information, communication, education and technology in order to appreciate how they can participate in all spheres of national development.

Gender-based violence is still rife in Lesotho despite the country ratifying the SADC Gender Protocol and other instruments. Lowe-Morna applauded Lesotho for enacting a law against human trafficking, as part of complying with the protocol.

Mankhahle Marumo, an emerging entrepreneur said there was need to intensify the 50/50 campaign in order to meet the set out targets by the 2017 general elections. She said that there was also need to have more women pastors or leaders in religious platforms, adding that women too have the power to do work that men do.

‘Marumo further stated the need to recognize women’s strength and talents in the development of the nation. She called for the improvements of systems in politics that encouraged women participation.

An Independent Consultant, Mohlomi Mahlalebe, added his voice by stating that 50/50 campaign was important in order to achieve more intended results by 2015.

He said this could only be achieved if there were equal opportunities to both men and women. Mahlalebe emphasized that gender should not only be attributed to women but should embrace men as well because they too need empowerment.

It is his hope that by 2015 all different groups of people should be included in gender issues. Mahlalebe called for the engagement of local counselors in order to enhance the campaign.

A participant and member of a support group from Ha Mabote, Elias Letsosa, said gender equality was vital for the development of women and men’s lives. He said that it was time that GBV was viewed as an issue affecting both men and women, adding that men were also affected by it only that they were ashamed to speak out when abused.

Letsosa urged men to speak out and hoped that come 2017 men and women would be given equal opportunity to participate in politics.

‘Mantsali Phakoane, a reporter from the Informative Newspaper, said that men and women have the same ability of holding decision making positions.

Phakoane added that women were active and hard working but needed support to show case their abilities. She said that in her organisation people, thought female journalists could not manage to cover certain beats like courts but she challenged them by doing her best.

She said the 50/50 campaign should also be taken to the media industry to reach the set out targets by 2015.

She concluded by urging women to do away with the mentality that they cannot do certain types of work, “there should be some programmes in media that advance gender equality,” she added.