CSW Column 1 Malawi: Together, we must... 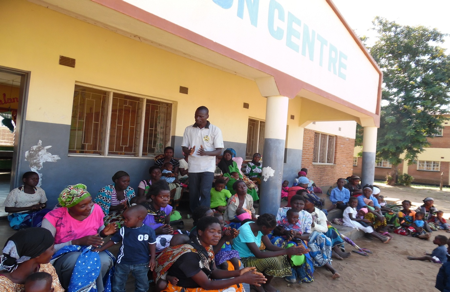 Malawi: Together, we must

Blantyre, 8 June: Pondering on the theme of the 2015 SADC Gender Protocol ” Now and Post 2015, Yes we must”, one can easily recognise the tone of the theme in calling for unity in the quest for gender equality. This is to say, civil society, government; the media including individuals have to wear the armour as soldiers in the fight for equal opportunities between men and women.

A journey through the four rooms at Sunbird Hotel in Blantyre where Malawi SADC Gender Protocol Summit 2015 was held, the scene was eye catching.

As entrants took turns in making their presentations before panels of judges in the areas of women and decision making, climate change, leadership, sexual and reproductive rights, media content, Faith Based Organisations (FBO’s) it was an undeniably fact that indeed both the civil society and media fraternity are committed to the fight for gender equality.

However, one of the entrants presenting on the Sexual Reproductive Health, Arnold Wazili from Mpinganjira village in Mangochi, caught my attention.

This is a young man who has voluntarily embarked on a journey of sensitising people of his community on issues of nutrition, family planning and HIV testing and Prevention of Mother to Child Transmission.

When Management Science of Health (MSH) approached his community looking for volunteers to work as door to door counsellors on health issues, Wazili did not hesitate to come forward.

“In 2008, MSH in the course of reducing the mother to child transmission rate and malnutrition in Mpinganjira village, called on volunteers who after being trained would go around the community sensitising people. Upon looking at the situation in my community, I thought this was an opportunity for me to make a change,” said the soft spoke Wazili.

Currently, Wazili works with people from six villages namely Chilunda, Mwanza, Mkwanda, Changamele and Kafucheche villages. Most of the people he works with are women.

In 2009, through the MSH, Wazili was trained by MACRO on HIV testing. After conducting a sensitisation campaigns on family planning and proper nutrition among the grassroots, he provides family methods products he gets from the Mangochi District Hospital. Wazili also provides a door to door HIV testing.

“The District Hospital provides me with the family planning tablets and the equipment for HIV testing. In the case of HIV testing I offer the service to the locals in their respective homes,” said the 28 year old Wazili.

Upon being tested positive, Wasili refers client to the District Hospital for the Anti Retroviral program.

As is the story of many, Wazili encountered a number of hardships in the beginning of the quest. Among them being resistance by communities to adapt to the family planning methods.

“When I started the course many people of this community particularly men were unwilling to adapt to the innovation. When going around the communities I was threatened by men who accused me of misleading their wives.

Asked on what the achievements are so far, Walisi answered that there has been a reduction in prenatal death in the communities considering that before he embarked on this exercise at least 10 pregnant women had gave premature births per year compared to the situation last year whereby there was only one pregnant woman who had a premature birth.

He attributes this as a result of the family planning methods whereby women are able to plan before getting pregnant, hence are able to eat nutritious food during the pregnancy period.

Wazili has managed to recruit eight people in his community among them 6 young women who have had early pregnancies and dropped out of school to act as advocates for change among their fellow young women.

During the Southern Africa gender Alliance meeting, which is one of the activities held during the SADC Gender Protocol Summit, Emma Chanika, a veteran gender activist express concern at the erosion of voluntarism in Malawi.

“Our society is one in which people will not take part in issues to do with gender unless they are assured that by the end of the day they will receive a financial incentive. Hence the fight towards gender equality is only fought by a few”, worried Chanika.

It is unfortunate that we leave in a society where people are reluctant to do anything unless its for a financial incentive. A society where even if people had to take part in the construction of a bridge which would be by the end of the day be beneficial to their community they still demand for money.

Imagine how the fight for gender equality would have been if there were many people like Wazili in our communities.

It doesn’t need a state or a Non Governmental Organisation to make a change in our communities! As individuals we can also contribute to the fight for gender equality; it has to start at grass root level.