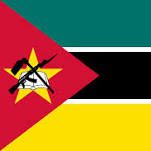 Maputo, 29 April: Despite progress, the Mozambican government recognises that it will not be able to achieve the Millennium Development Goal 3 on gender equality and women’s empowerment as well as the SADC Gender Protocol target of 5050 representation of men and women in both public and private sectors of decision making. Poverty, poor education, the reluctance of men to change their behaviour and attitude towards women are listed as some of the obstacles, hindering the achievement of gender equality and the elimination of gender disparity in Mozambique. This was made public by Mozambican minister of Women and Social Welfare, Yolanda Cintura, in celebrations to mark 7 April, Mozambican Women’s Day.

With the SADC Gender Protocol@Work Summit underway in Maputo, which kicked off on 28 April, this report serves as an important overview of women in politics and a reminder about the need to accelerate the 5050 campaign before the upcoming elections in October this year.

Click her to listen to the report by Jose Tembe.

This podcast is part of the GL News Service special coverage of the SADC Gender Protocol Summits underway across the region, offering fresh views on everyday news.

Comment on Mozambique: Gender parity by 2015? 5050 must be accelerated Cancel reply