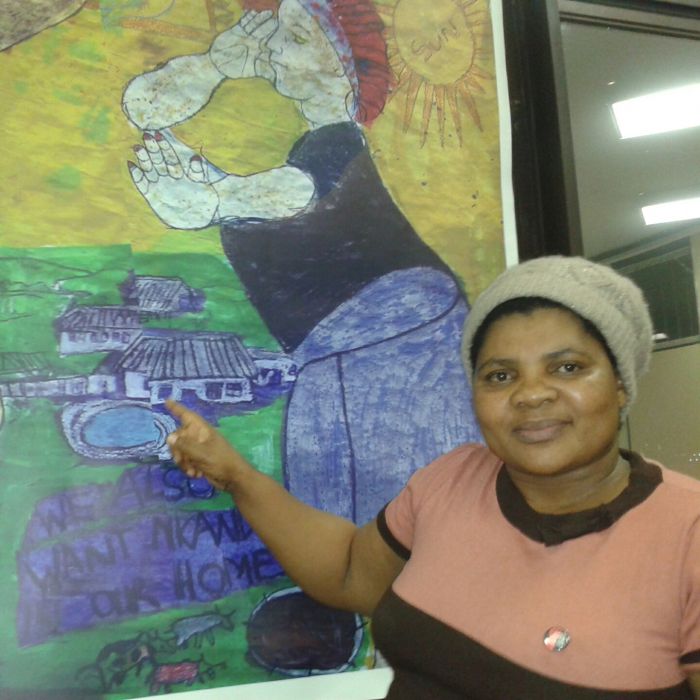 Johannesburg, 15 August: South Africa commemorates the second anniversary of the Marikana Massacre tomorrow, exactly a week after the country celebrated Women’s Day last Saturday. On 16 August 2012, a day signified by the first post-apartheid massacre, tremors were sent across the country and globe as people watched the South Africa Police Service open fire, killing 34 striking miners. It has been well reported that many of these miners were shot dead point blank range behind the koppie after SAPS’s initial spray of bullets. The Commission of Inquiry continues, while the women and the widows of Marikana see no reparations, remain silenced and invisible. It is likely that those in government, SAPS and Lonmin who are responsible for the massacre will not see justice, but rather impunity.

On Thursday night, as part of this year’s commemorations, the University of Johannesburg Library hosted the launch of “Voices of Widows of the Marikana Massacre- Justice, redress and restitution”, a book that compiles artwork and accounts of the widows. The stories and artworks come from a workshop with women held by Khulumani Support Group in May 2013.

Ntombizolile Mosebetsane, one of the widows and artists, spoke to Gender Links saying she cannot celebrate Women’s Month because of the pain and hardship she is left with after Lonmin, SAPS and the government killed her husband. She also shares how making the art provided her with a platform to speak out and a channel to process her loss.

Judy Seidman who co-facilitated the workshop for Khulumani, discusses the critical gender dimension of the massacre as well as how the media and Commission continues to render the Marikana women and widows invisible. She also talks about art as an important platform for social critique and empowerment.