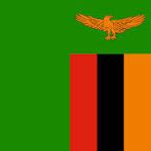 Lusaka, 29 April: The Gender Equality Bill (GEB) will enforce parity between men and women at all levels of decision-making. Women and Law in Southern African (WLSA) said the bill and the 5050 campaign is an initiative in collaboration with the women’s organisations like Gender Links and the Ministry of Gender and Child Development.

Speaking during the SADC Gender Protocol Summit that was held last week, WLSA Monitoring and Evaluation Programme Manager- Rudo Chingobe Mooba, said different organisations have teamed up to fight for gender equality clauses in the draft which if enacted will ensure 50/50 representation, influencing both the public and private sector institutions.

“The enactment of the bill will see to it that both the SADC Protocol and the Convention on the Elimination of Discrimination against Women (CEDAW) are not only domesticated but also implemented, as resources will require allocation once the bill is enacted as law to ensure that there is smooth implementation of the GEB,” she explained.

Mooba said that many sectors and stakeholders were involved in the presentation of the bill through a constructive meeting which was held with members of parliament. “There was need then by the stake holders involved to work with other sectors in order to ensure that the bill does not only address all sectors of society but so stakeholders would better assist in the lobby and advocacy process and later popularise the bill.”

WLSA also conducted radio programs where members of various opposition political parties participated and in order to discuss and put the acceleration of the 5050 campaign high on the political agenda. Speaking on the sideline of the summit, Forum for Democratic Process (FODEP) Director-Mcdonald Chupenzi said, “There is more representation of men than women in elected positions thus there is need to enhance the 50/50 representation of women and men in these positions.”

He added that the SADC Protocol Summit with its theme of 5050 and a stronger post 2015 agenda, is a good initiative which could boost the representation process. In his concluding remarks, Chipenzi urged the people in leadership to come up with a framework that would ensure equal representation of both men and women in decision-making.