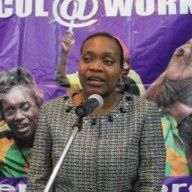 Lusaka, 4 June: Speaking at the SADC Gender Protocol@Work Summit in Zambia last week, Women in Law in Southern Africa (WLSA) says the failure by the Zambian government to put in place a new constitution before elections set for next year, has hindered the country’s ability to meet targets of the SADC Protocol on Gender and Development.

Among the issues that have left the enactment of a new constitution hanging in balance is the delay in holding the referendum where people are supposed to vote for or against a law that deals with a specific issue. The Zambian government has however announced that the referendum on voting on contentious issues will be held along with the 2016 general elections- a move that has received mixed feelings by different sectors of society.

She also said Zambian women are still under-represented in government because there are more men in decision making positions. Zambia has consistently performed poorly in all areas of political decision-making with only 11% women in parliament and cabinet, and a mere 6% in local government. Mayondi said although Zambia had moved up on representation in parliament, the country has slide backwards because of the court nullifications which has seen some of seats held by female nullified for electoral malpractices.

She called on government to put in place measures that would ensure equal representation and participation of women and men in key decision making positions especially that the country heads to general elections next year.

This article is part of the Gender Links News Service’ coverage of the SADC Gender Protocol@Work Summits currently taking place across the region, bringing you fresh views on everyday news.