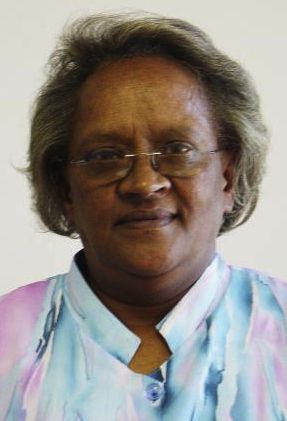 Down to earth and humble: this is the impression that one gets from former unionist and Councillor Alice Titus, the straight talking speaker and previous Mayor of the Breede Valley local municipality. She believes that being yourself is key to gaining the trust of constituents and she understands the importance of addressing people on an equal level. “As Mayor, I wore the chain three or four times, then I asked myself: Why must I go with the chain to ordinary people, poor people who live in shacks and wear a big chain. The minute they see that they shy away, I know this, because I did it as a child.”

The first woman on the national executive of the National Union of Metal Workers of South Africa (NUMSA) and chairperson of the Congress of South African Trade Unions (COSATU) in the Overberg and Boland area, she worked her way up from being a domestic worker to saving money so that she could go to college. Now in her twelfth years in local government, Titus says that she has seen changes. As a unionist she had a key interest in following the progression of women in the working ranks in the municipality and is proud to say that today women have moved from only occupying the lowest levels to being at all levels in the administration.

Being a strong, outspoken woman hasn’t made her life easy; with a strong personality comes backlash and resentment: “The bossy, pushy tag that I get is mostly from the males and it’s simply because they feel threatened. And everywhere in society men have that fear because women have come out and proven that we can do the same as men and even do it better. It does not distract me from what I must do, because I have a passion for women.”