Drivers of Change Anishta Seesurrun – ‘’Be you for you and... 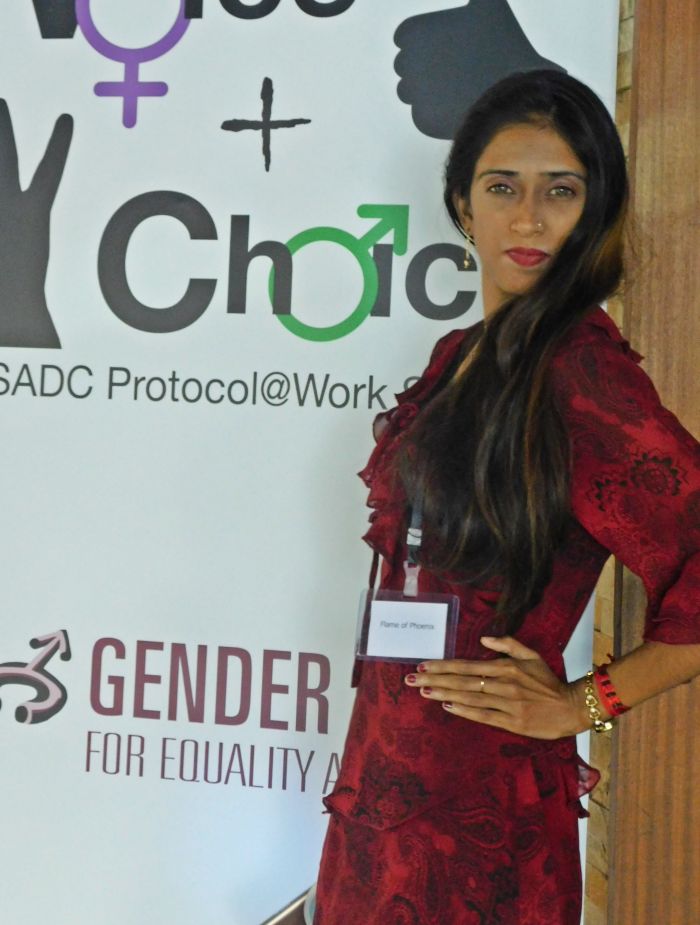 This is the motto of Anishta, 33 years old which she elaborates that this quote is about working on yourself for you to become a role model and a source of inspiration for others, and why the smile because it is a warrior who brings the ups and downs through this fatal arm.

Being a victim of gender-based violence and happily divorced, Anishta believes in ‘Women Power’ and is thankful to her parents who contributed to her education and has been always a great support to her to overcome the stigma from the society, and inspired by her sister who is living with a disability. She did not play for the victim and rather used her experience to fight for GBV. She also says that it is true that she knelt down but every soldier who knelt down must stand up again and continue to fight; just like a phoenix they must reborn from the ashes. Her thriving journey has brought her to the creation of Flame of Phoenix in 2017 with the aim of empowering disabled and vulnerable persons through diverse actions. Flame of Phoenix is a platform where one can hear from the horse’s mouth the reality of the society: Disabled persons exist and they are worth and are able more than one can imagine.

One of her noble actions is a Para Talent Pageant which she names, Miss & Mr. Able. Anishta adds that she has been inspired by her own sister and chose to extend her knowledge and gratitude not only for her sibling but all persons living with a disability in Mauritius thus bringing a ‘sime lalimyer’, which translates to a path of light for everyone in this tough battle. Miss & Mr Able is for aim of bringing forward the talents of the participants and to show that each of them is more than a disabled person the reason behind being Able. She extends that Glamour is just the value-added in this Pageant since the concept is about bringing glamour to the battle of all the participants.

In the long run, Anishta wants to vulgarise this Pageant worldwide as a Mauritian creation. In this way, she wants to celebrate the four colors of the Mauritian flag and show that despite being a small island, we can be creative in many other ways. She wants to leave a legacy and also leaves the door open for others to follow her steps and joining hands to fight for the cause of disabled and vulnerable persons.

Besides social work, Anishta is the Adjoin Leader in a new political party and wishes to use the platform of politics to change and amend laws in Mauritius to help people in other levels especially for the inclusion of people with special needs.

Anishta still remembers coming across with Gender Links Mauritius 3 years back while she was in a conference on Gender Base Violence.  She was in the Audience and ever since she gathered information she got and using them to guide her sensitization campaigns on Gender-Based Violence. Furthermore, the latter extends her gratitude to Gender Links Mauritius for having to give her the opportunity through the GL Summit 2019 as a platform that she is using to voice out the work she is doing.