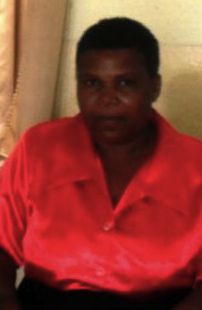 I am a humble widow hailing from the coolest mountainous landscape in Zimbabwe, popularly known as “kumakomoyo”, and now known as a the province of diamonds, the Eastern Highlands. I live and work in Rusape. I am a Committees Officer at Makoni Rural District Council doubling as the acting Administration Officer.

I first met Gender Links (GL) at a Training workshop in Kadoma in 2009. The following year Gender Links afforded me the opportunity to attend the regional 2010 Gender Justice and Local Government Summits (GJLGS) held in Johannesburg, South Africa. I also attended the Zimbabwe Gender Justice and Local Government Summit in March of 2012. My relations with GL are not only confined to the Summits, as my council is also a Centre of Excellence. We have held several workshops with GL since our inception in the COE program.

I am the Gender Focal Person in the Council. My tasks entail reviewing all council policies to ensure that they are gender sensitive, promoting equality, ensuring that both males and females are equally represented in all in council activities, networking with organisations that deal with Gender issues and with the Ministry of Women Affairs Gender & Community Development (MWAGCD), supervising council committees to ensure that their budgets consider the needs of everyone including marginalised groups like women, youth and children. I am also the District Gender Council Chairperson for all NGOs and Government Departments within the district, spearheading gender activities such as International Women’s Day, Day of the African Child, Family Days and 16 Days of Activism.

In my journey with Gender Links, the most memorable time was when I won a commendation award in South Africa in 2011 at the regional GJLGS. It was really an emotional moment for me. It made me feel that the work I was doing was worthwhile because when I started doing Gender related work, I was not sure I was doing the right thing. Receiving the award gave me confidence, not only in my work but also in other areas of my life because I figured that if I could get one thing right, then I could get many other things in my life right.

Gender Links has changed a lot of things in my life. For instance, I now know the different forms of violence. Prior to the trainings from Gender Links there are some violent behaviours that I did not regard as violence, but now I know it is violence. This knowledge has also helped me even in the upbringing of my children. I now know the things that I am supposed to subject them to and the things that I am not supposed to subject them to. Gender Links has also made me realise the potential in me as a woman and now I do not hesitate to stand up for myself. My life has transformed because of all these lessons and I would like to credit GL for everything.

Many thanks go to Priscilla Maposa particularly, as she has been instrumental in bringing about this change in my life. She is a beacon and a marvel who is highly committed and always willing to help in times of need, even at very odd hours of the day. Working with her and Gender Links has helped me to sharpen my planning and communication skills. Most importantly I have acquired reporting and documentation skills since all the activities that we do in councils have to be properly documented.

My elevation from being just one of those women has been a journey of a thousand miles. GL has helped me to be a champion. All the same, my successes have also been brought about by other people and organizations. Special mention goes to the Msasa Project, Ministry of Women Affairs, Gender and Community Development and my council that have helped bring about this transformation in my life. I have made a commitment to use all the knowledge that I obtained from Gender Links and other support structures to empower my daughters and other relatives, especially the female relatives who do not realise the potential that they have. Furthermore, I have also taken it upon myself to capacitate my fellow workmates so that they understand that gender equality can only be achieved with everyone’s involvement. It starts with you. Seeing that, I have managed to break barriers in the community. I intend to pass on the baton to others so that when I retire I know there are others who have taken on from me, and who will keep the ball rolling.

In conclusion, I want to thank Gender Links for the work that they are doing. They are really going an extra mile to reach even the grass-root levels and involving even the rural councils. We appreciate the job well done.

One thought on “Annah Murigwa – Zimbabwe”