Drivers of Change Anuradha Pooran – youngsters should not get ... 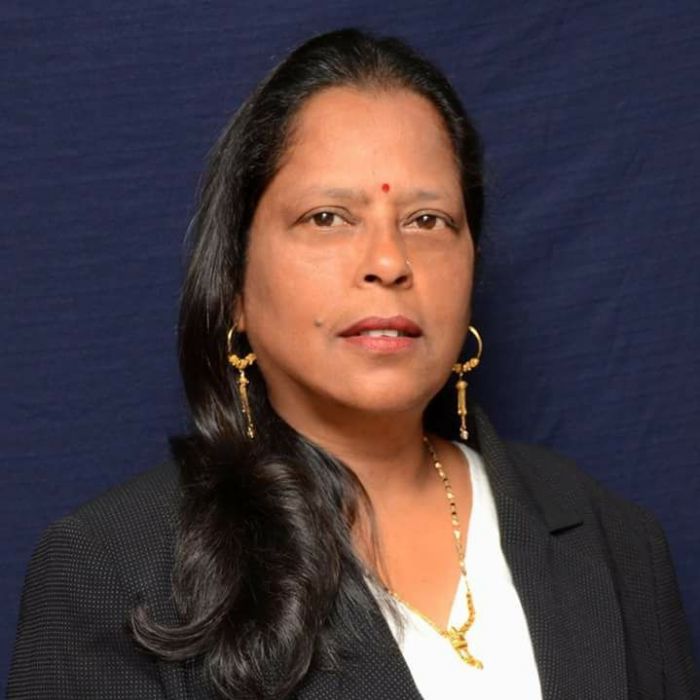 Mrs Anuradha Pooran is a dynamic 58 year old woman and is the President of APEDED. She had a tough childhood however she managed to complete her form 5 whilst working simultanously. She studied upto form 2 and had to stop during her form 3 as her parents did not have financial resources. When she quit school, after 2 months, the government anounced free education. She started working as a machinist in the factory and was promoted after 3 months as clerk, and was eventually made supervisor. She passion to learn more kept growing and she got a promotion at work which allowed her to follow part time educational courses. After 3 years she sat for SC exams and got only A and Bs in her result script. She completed her HSC private as well. And now, she was enrolled in a PhD course via distant learning  from India.

Her motivation behind creating this NGO was found when she was living at Chemin Grenier. In 1995, somehow many people were jobless as factories were being closed in the area. Kids could not go to nursery school as it was expensive for parents with no revenue. Thus, as soon as the child turns 5 years of age, he/she is sent directly to primary school. As Mrs Pooran was a former factory worker, she knows the struggles of those parents.

Before she was aware of thie issue, she thought of opening a nice nursery for those kids and she only got 3-4 students and the parents could not pay the fee of Rs30 per child. It was then she realised the bigger problem of unemployment in the region. She then thought of hiring one teacher to teach one class of children in need. She gathered all kids she could see on the street and encouraged them to join the class. This is how officially, her social work started. Upon seeing the needs of the society, she then realised that perhaps this is what her mission in life is. In 2002 the association APEDED was born. Prior to this Mrs Pooran had no idea of how to creat an NGO or any notion of administrative paperwork. She looked for help at MACOSS to obtain school supplies for the kids. Then MACOSS asked her to provided paperwork for her NGO, and it was how she was required to create APEDED. She also learned that many children do not sucessfully make it to the end of her primary education. There were so many dropouts due to the tway the educational system is designed in Mauritius. Thus, she decided to have catching-up session with these students- for 4,5,6 standard students. The had 6 teachers and were working with the student with a ratio of 1:5 students. At first she found volunteer teachers and then eventually DCP started giving them projects, they received support from Barclays ect, which made this project sustainable.

She then decided to have a brainstorming session with the mothers of the families concerned. She then found out that, they could help to make this project more sustainable. They decided to plant medicinal plants- to plant and sell to the public. She sent sent the project to UNDP and they got financial support. Then they started planting and sellling. However, they realised that plants take time to be sold and that it was not sold everyday. Some plants were growing faster too. They sold rs 3500 during their first sales, however Rs 2000 has to be used to pay transport. Out of the rs1000 left, this had to be divided for 20 ladies. Thus, this seemed hard and not too profitable at the end of the day.

In 2006 they purchased a second hand van to transport the plants. Then started putting medicinal leaves in  pack but it was very amateur and not attractive to the public. Eventually, they made some research and invested in some nice packaging and finally came up with something attractive and even a logo for their company, and have even registered a trade mark. To have a better knowledge of how the tea infusions work, they met up with elderly ladies and tried to retrieve some “old grandma’s tips” on how to better use the medicinal plants. Inspired by this, they named the company’s name Secret de Grandmere.

This is how they grew the business and empowered the women working with them. They got a bigger demand and slowly started making more sales. She then started paying Rs 500 per month to each working lady. Eventually, they started to have labels in English so as to attract another market ( all labels were in French as they targetted Mauritians only at first).

Eventually, when the husbands’ of those working ladies saw how their wives are earning money, they were interested to join the business as well. With a bigger workforce, the supply becomes bigger. Today in 2019, there are 25 women working permanently in the factory. They have changed 3 packaging in respond to the audience behaviour. They have also obtained an international order from Switzerland. Today herbal teas of Secret de Grandmere is being sold at Manor in Geneva, Switzerland.

Also after a B2B meeting, a company from USA is keen to buy their products. The working women today earn around 4000-5000rs per month on a 4-hour working day. They have time to take care of their children in the morning, come to work, take care of household chores and also spend quality time with their families. Today, the most valuable and fruitful end-product is that Mrs Pooran has empowered women in her area and found a sustainable source to be financially stable so that her nursery continues to be of great use to the people in need. The women working in the factory is respected by their husbands, they have also developed skills and can give an interview to journalists whenever needed. Some were on the national TV, some had the chance to travel to Rodrigues with Mrs Pooran to sell the herbal teas.

Furthermore, when Mrs Pooran met with Gender Links in around 2012 via Mrs Loga Virahsawmy, she learned a lot and was even more encouraged to contribute to the gender aspect of the projects.  Mrs Pooran feels empowered by Gender Links as she has to present her pojects during the past summits. Her first project was on her association APEDED, the second project was on medicinal plants and her third project was on the production of sanitary pads in Rodrigues ( produced by women and sold to public, provided for free to school girls) All these ideas came to her via Gender Links. She keeps on thinking what else can be done in order to help the society even more? Her next project is the production of sanitary pad in women jails.