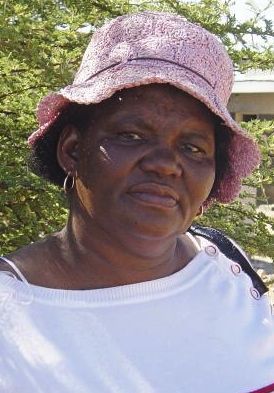 Councillor Bertha Mohulatsi decided to run for office in South Africa’s 2006 local elections after several years of fighting from the other side of the fence as a community activist because she saw that “the councillors didn’t take note of the people on the ground.”

After her husband died during apartheid era the council tried to take her home away because they said that she couldn’t afford to pay for it. She joined the Kimberley civic association and initiated several negotiations with them about the problems in the community.

In 1991, she worked with the council to raise money for making an old age home safe and liveable. The house had no security; frequent rapes occurred on the premises and outdoor toilets were used for abortions. After negotiations with Dutch donors, the council put up toilets and lights in the house; security and a fence. “We also consulted with the council to get doctors and nurses, and now there are plans to have a kitchen and a laundry.”

She also believes that officials are too often the cause of the delays in service delivery. She believes that they take too long to sort out the problems that they are given: “We tell them when pipes have burst and we phone or go to them they don’t help us, not all of them but most of them.” She is concerned when matters aren’t dealt because “they should realise that they are working with the people at grass roots level and that these are bread and butter issues and be aware that the people on the ground are suffering. When problems aren’t solved the people say that the council has failed but they just think of the Mayor and the councillors they don’t realise that there are officials that are working with the issues and that they are the ones that are preventing things from happening.”