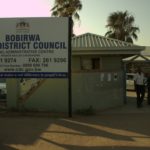 “It has not been easy getting the council to support us as survivors in our efforts to start our businesses, one needs to be strong willed to go on”

Since starting the project with the council in 2014, they have informed us time and again that it is a very good initiative that has their buy in. The major problem arises when the council has to now walk the talk. One cannot help but question the sustainability of the project once GL steps out.

Bobirwa Sub District is a part of the Central District and it is situated in the eastern side of Botswana and and is bordered by Zimbabwe to the northeast and South Africa to the southeast, the Limpopo River forms the boundary with South Africa. The capital village of the Bobirwa Sub District in Bobonong, which had a population of almost 20,000. The entire sub district has a population of 50,000. The village is about 80km from the mining town of Selibe Phikwe. Most of the residents work in the mining town, while most of the people are arable farmers.

The council is headed by men both on the administrative side and on the political side. The council joined the COE process in 2009 and has since completed its action plans. The council was willing to work with GL from the beginning of the project, but along the way they seemed to be fatigued and their support went down. The leadership is aware of the project but the ownership is not there. The Gender Focal Person is passionate about the entrepreneurship project and therefore always tried to make time and be there for the training. She always contributed meaningfully. She has since been transferred to a different district, which has left a gap in the district as their Gender Committee is not active. There has not been any support to the women with the exception of the few women who have been assessed by the social workers to be supported under the poverty eradication program.

The area social worker, worked with the GL office to identify the clients. She also worked with other social workers in the area  from the hospital and also the police. The targeted group was briefed on the project that GL wanted to undertake. The gender focal person then attended two of the four workshops run. At each stage she was always kept up to date so she too could check on the women and ensure that they participated during the workshops. Her major role was to  help organise for the workshops and help organise the women while GL covered other logistics.

The council has not assisted much in the provision of venues.  GL has always been struggling to get non paying venues. At one point the workshop was disrupted as a workshop had to be moved to a different venue. The council still did not do much to intervene. This caused a lot of disruption to the program. The council has also not provided much additional training and mentorship to the women.

Most of the entrepreneurs were not very happy with the services they got from the council. They have not been assisted to get any contracts nor had they been given the opportunity to be employed by council. There are some who were able to get a bit of start-up funds to help them to get their businesses off the ground. Their main worry is that the computer skills acquired may disappear due to lack of practice. Most of the women who ended up opening bank accounts were primarily assisted by their families. To the women it has also not been in terms of provision of the market as they have to struggle to find the market for their goods.

The council explained that they were not responsible for land allocation but they always tried to help where they could to advocate for the women to be given land. This however was said not to happen a lot. The council unlike others does not do anything to show how committed it is in order to support the project or women.

It has proven very difficult for the women to access funding to start their businesses. The few have been assessed by government (councils) to see if they are eligible for the poverty eradication program. During the phase 3 there were no business people who had come from the stakeholders invited instead it was just council staff that made very good presentation.

Not much change was noticeable at the district level. They however have been working with Peace Corps volunteers to try and get the message of GBV to the people. The support to the women has been happening by chance especially at the entrepreneurship level. The policy of the council is that everyone be given the opportunity to access financial support but to not take account that some women are not able to access due to various reasons.

The council has shown supportive attitude towards ending GBV in their locality but one cannot fully give credit to the project as the council has not been very active. Though the gender focal person interviewed insisted that the council was supportive that did not come out during the interview. The council has not revisited their action plan and for the past years have not participated in the summit. This therefore means that they have not had an opportunity to be scored.