Quality Education for boys and girls 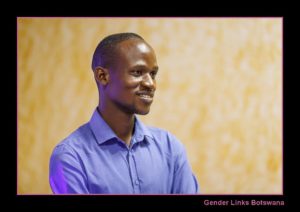 Mr. Elias is a broadcast journalist by profession and the founder and project director of The Broadcasters Organization, a youth organisation that empowers young girls and boys, women and men on different issues including gender and education. His vision is to see young boys and girls receiving education of the same quality on different issues. He plans to develop and coordinate a media, broadcasting and ICT non-governmental organization that will promote, empower and partake on issues of capacity building, gender empowerment and citizen empowerment. In his capacity as a journalist, he also reports and writes about gender equality. The organization teaches students and teachers of both genders about gender issues, HIV/AIDS and ICT. The organization also advocates for gender mainstreaming in schools and quality education for both genders.

It also gives awards to girls who perform exceptionally well in male dominated subjects at schools and organizes gender and media competitions which promote fair competition and equality. Mr. Elias established the Destiny Shapers cluster which has different projects such as Dynamites magazine, which is aimed at empowering and promoting freedom of expression amongst young boys and girls. Also under this cluster is the teaching symposium that encourages quality learning for both genders and encourages participation of young girls in entrepreneurship and Agriculture. He was runner-up for the 2015 Gender Award-Media and won MISA Broadcast journalist of the year on issues of Education. He also set up ICT training in schools. He reckons that the gender balanced stories he writes influence change at policy level along with the gender awareness activities he organises. The activities that he organises and the gender equality articles he writes are his contribution to gender equality.  The qualities that he believes make him a good leader include his conviction in his beliefs, his ability to accept criticism, his ability to delegate tasks to empower his teammates and his ability to work as part of a team. He intends to continue serving the nation through educating them on issues of gender, organising more events, which tackle gender issues, engaging decision makers in his projects.