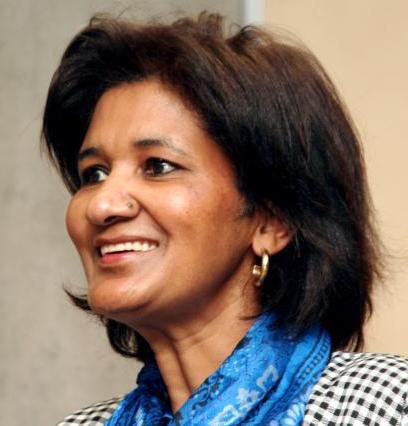 Going for gender in journalism education

Anyone who has been through a curriculum development exercise – especially when the approach to this activity was done according to the book – experiences a kind of euphoria or relief once it’s done. The Department of Media Technology at the Polytechnic of Namibia (PoN) conducted research amongst the institution’s stakeholders and, in particular, the media houses in Windhoek, consulting them with regard to the draft curriculum, and made the necessary adjustments based on the comments received.

The year 2001 dawned and members of the media profession, together with development and funding agencies, as well as training institutions, were hard at work finalising arrangements for the Windhoek +10 celebration at the time of World Press Freedom Day. Along with a former colleague, Pauliina Shilongo, we realised that this event could provide us with the ultimate opportunity – to consult media trainers and experts who would be heading for Windhoek from elsewhere on the continent, and even beyond. So, it was planned that these experts and trainers would arrive two days earlier in order to participate in a “Media Trainers’ Consultative Meeting”, which focused specifically on the Department of Media Technology’s draft journalism curriculum. One such expert was Colleen Lowe Morna, Executive Director of Gender Links. The comments from this meeting undoubtedly contributed considerably to the decision of the Senate of the Polytechnic to grant approval for the implementation of the diploma curriculum, in October 2001.

The first students were admitted to this programme in January 2002. Having established a relationship during the previous year, it was not long after the commencement of the journalism programme that we started to liaise with Gender Links regarding gender-based training for the academic staff, as well as the need for a gender policy for the Department. Reflecting on this period – and recalling what we as academic staff discussed at the time – journalism training programmes and curricula either neglected or omitted the coverage of gender in relation to the media.

As one of the Department’s main development partners at the time – and this continues to be the case today – work with Gender Links began in earnest, especially to apply the newly acquired gender concepts to the prescribed journalism curriculum content. Obviously, some academics were more convinced than others, and saw how gender mainstreaming enriched our teaching. Of importance is that training took on new dimensions – students (approximately equal numbers of male and female students) were able to relate so much more readily to the engendered scenarios outlined in assignments or projects. Suddenly, we realised the need for materials which illustrate such an engendered approach to journalistic activities and journalism training. It meant liaising with the Rectorate of the Polytechnic regarding new initiatives such as a campus media outlet and the appointment of a project officer.

With the support of the management of the institution, we were able to pilot the Echoes Newsroom, at the time of the 2004 presidential and national elections in Namibia. The pilot project necessitated a further partnership – with The Namibian newspaper – to ensure that the gender-aware, elections-related articles produced in the Echoes Newsroom, would be carried in such a mainstream medium. The fact that one of Namibia’s respected daily newspapers saw it fit to carry the content produced in the Echoes Newsroom, spoke volumes in terms of the relevance of the articles, images accompanying the stories, and overall quality of the content. At this time we also got to know professionals such as Pat Made, especially with regard to editing of the work produced, photojournalist Trevor Davies, and Kubi Rama, who understood the significance of pitching curricula at a particular level.

The piloting of the Echoes Newsroom heralded the period when the Media Technology Department came to be associated with production and publishing. It served to set us apart from other media programmes in the country, and students who graduated from our programme were sought-after. Together with Gender Links, the next milestone was to document the department’s approach to mainstreaming gender into entry-level journalism programmes. This gave rise to the book Gender in Entry-Level Journalism (Edited by Colleen Lowe Morna and Pauliina Shilongo, 2004). Not only did this add to the visibility of the PoN’s journalism students and trainers, it served to create opportunities for research and further partnerships.

Successful partnerships attract more partners. In 2009 the Department of Media Technology recommended to the Communication Advisor at the UNESCO Cluster Office in Windhoek to utilise the services of Gender Links in a study to determine the extent to which gender is mainstreamed in the journalism/media studies curricula of the PoN and the University of Namibia (UNAM), respectively. This resulted in the Gender In Media Education (GIME) Audit undertaken in Namibia. Subsequently, UNESCO has been a strong partner – also through the MDG Achievement Fund – in ensuring that gender is mainstreamed into journalism curricula.

With Gender Links as a development partner, we have the assurance that we’ll keep abreast of new trends in gender studies, participate in gender-based research, and have access to locally produced publications relevant to the journalism profession. Who could ask for more from a partnership?