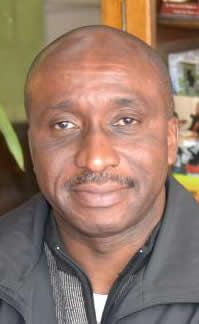 Eno Akapabio is a Professor at the University of Dar es Salaam and is a former Associate Professor and Head of Department of Media Studies at University of Botswana. He narrates his experience with Gender Links as follows.

My first interaction with Gender Link was in 2006, just after joining the University of Botswana as a lecturer in the Department of Media studies. I received an invitation to attend a Gender Links meeting in South Africa, but I was unable to secure a visa to travel there.

Gender Links later invited me to continue the work that started with my predecessors at the University of Botswana’s Department of Media studies.

I have since participated in, and conducted a number of Gender Links activities. The most memorable activities are the various Media summits and the Gender and Media Diversity Centre (GMDC) Media Literacy workshops.

I am a liberal person who believes strongly in fairness, including gender equality. I believe my liberalism attracts me to the work of Gender Links. It gives me the opportunity to work towards a fair society where men and women are treated equally.

Not forgetting that my mother is a woman and I have two daughters, I keep praying for a fair world for them and I try to provide them with the same opportunities men would receive.

While in Botswana, I coordinated a number of activities with Gender Links, for example, three media literacy training sessions. The first media training focused on media literacy among secondary students that we did in partnership with the Botswana Association of Media Women.

The second training session focused on media students of the University of Botswana. Gender Links Chief Executive Officer, Colleen Lowe Morna, also attended the workshop that coincided with the presentation of the National Budget in parliament. The training imparted critical economic reporting skills and students were then assigned to cover the statement from parliament.

They were able to report on the budget from a gendered perspective. A newspaper insert is evidence of the success of the training workshop. The supplement showcased articles by the   students themselves.

Working with Gender Links to mainstream gender into the curriculum, we managed to propose a gender specific course for review. The course was dropped at the final stages of the course review process. The department resolved instead to infuse gender as a cross-cutting theme for every course to explore and discuss.

I attended the first Highway Africa conference as a Gender Links representative. As a teacher,   I am always looking for innovative developments in the media sector. Attending the conference exposed me for the first time to blogging. The media educators’ session on blogging, motivated me to create my first blog on various media issues. The blog also acts as a platform for information sharing and communication with my students.

As an academic researcher, I have developed research interests on gender and media over the years. Some of my research has been published in the Gender and Media Diversity Journal. The 2008 edition of the journal featured my article on The Kathleen Letshabo cartoon controversy: Online audit. The article focused on the alerts and complaints programme of the GEMSA Botswana chapter based on a cartoon that had appeared in the local Mmegi newspaper. I also wrote a research paper critiquing the University of Botswana’s newsletter coverage of gender in the media.

I presented   my research at the 2012 Durban conference of the International Association for Media and Communication Research, titled “Using new media to further the goals of gender equality: A case study of a Southern African NGO À“ Gender Links.” The paper looks at Gender Links’ work towards achieving gender equality in Southern African Development Community (SADC) countries. Gender Links’ main areas of focus are the media, governance and gender justice. It engages with, and communicates its mandates to stakeholders and its target audience through the deployment of traditional and new media.

I will continue to work with Gender Links as it provides me with the platform to learn and share more on gender. It helps me to gather critical information on gender and media.