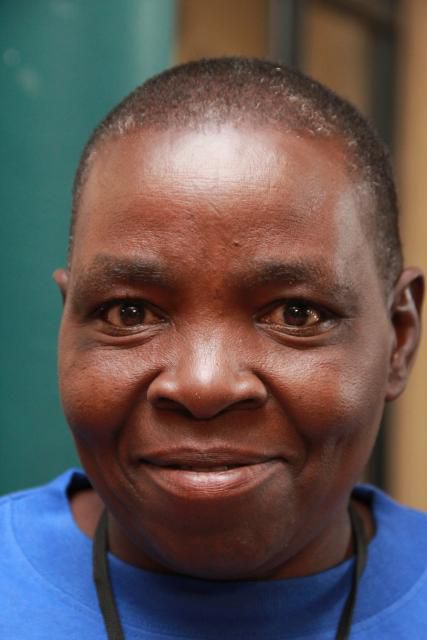 I am a 57 year old councilor, working in the COE of Chegutu. I have been working with Gender Links since 2009, when a workshop was held in Kadome on women’s emancipation. I have been involved in politics for 15 years, and was helped on the path by WiPSU, as they were holding a workshop at the Mazvikadei Dam. The organization was strengthening and empowering women elected as councilors. When I was first elected into office, I didn’t have academic qualifications. WiPSU encouraged me to further my studies, which I did, and saw positive results. Their support encouraged me have the confidence to work with men, and even stand against them in elections. I managed to break many barriers that are held in place by cultural beliefs, viewing women as servants. Female politicians are seen as lacking in morals, but I’ve managed to succeed despite this.

In my community, the council is dominated by males. There are only two women, and 13 men. As a woman, this means it is my responsibility to resolve many problems in the community, particularly those that affect women the most. I have forged close relationships with police and legal experts, so they can offer me support and advice. The police have often helped me through arresting perpetrators of violence, and lawyers impart useful knowledge on human rights law, and women’s rights in particular.

Gender Links has turned me into a valuable person in the community. It has prepared me to impact other people’s lives. The changes that were brought into my life has helped me to mobilize other women to join politics. I realized that women are capable of doing great things if they are presented with the right opportunity.

Now, with every chance I get, I disseminate useful information at meetings and educational sessions. I have formed a group to encourage group work and networking among women. I devote time to women’s empowerment however I can. For example, we have started a project in the community of barber shops, that gives women a chance to bring in some income. Projects like these both fight extreme hunger and poverty in the community, and also reduce GBV.

Gender Links has given me concrete tools to implement ideas I believe in, like the issue of 50/50. I have also learned to acknowledge the work I’ve done; I am helping men in their work at the ward level, and that’s satisfying. I have learned that education is such an important gateway to success; without it, a person lives in darkness. That’s why I do my best to impart knowledge wherever I go, and also to work through community gatherings as well as schools and colleges. Seeing everyone, man and woman, become self sufficient is my goal.