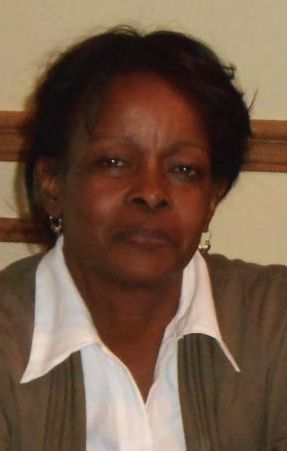 I first encountered and worked with Gender Links in 2008 during the first research study on gender and local governance in Madagascar. At the time, I was in charge of planning activities within the Ministry of National Education. Working with Gender Links has been an unforgettable experience. Gender Links is a life school where learning never ends.

In the course of our research, we found that gender issues were relatively new among local authorities. While gathering information about women’s empowerment and Gender Based Violence, many people, especially men, were reluctant to talk about the issues.

I still remember the day when I went to a council to collect information and data on gender. Getting there, the council had organized a special meeting to discuss the research, and to see how they could give me the information requested. I was told to wait outside, and at the end of the meeting, they informed me that the council did not prioritise gender issues. Hence they were not going to participate in the research. I felt disappointed that a local authority did not consider gender a priority with all the gender inequality and gender based violence. I learnt that dealing with gender matters requires special approaches and strong communication skills.

During council visits, I discovered that communication with women and men need different approaches. Female mayors and councillor were very receptive. With men, the discussion always reverted to the economic benefits of the project for the council. Men councillors and mayors avoided discussing issues around gender disparities in the various council programmes and projects.

I have had an opportunity to attend a number of Gender Links workshops on gender mainstreaming, gender and politics, gender, peace and security. I also attend the first Madagascar national gender justice summit.

Working with GL has actually changed my life. Not only has my understanding of gender changed, but my communication skills have also improved. My interaction and involvement with Gender Links activities has improved my confidence and public speaking skills. I give talks and presentations in public meetings, round tables and high level meetings. With the support and encouragement from Gender Links’ Madagascar country manager Ialfine, I am now able to speak in public events. I am at ease while speaking, even during international conferences.

Gender Links partnerships with international organizations such as the UNFPA and UNDP gave me opportunities to broaden my knowledge of gender and development as a scientific study. This has helped my intellectual development. In addition, I have observed that my writing skills in both English and French have improved.

Gender, peace and security are the subjects that attract my attention, as I am convinced that women have a critical role to play in development and peace-building during and after conflicts. It is so important to me that I have become the President of the Federation for the Promotion of Women and Children Madagascar.

The UNSCR 1325 through its 3P (Prevention, Protection and Participation) principles is an excellent instrument to restore peace in Madagascar. The action plan recently drafted may change women’s situation towards peace and security if it is correctly implemented.  This year, I have become among the trainers of GL for cascading the COE concept. I am convinced that this experience will be a very interesting one and I still have much to learn.