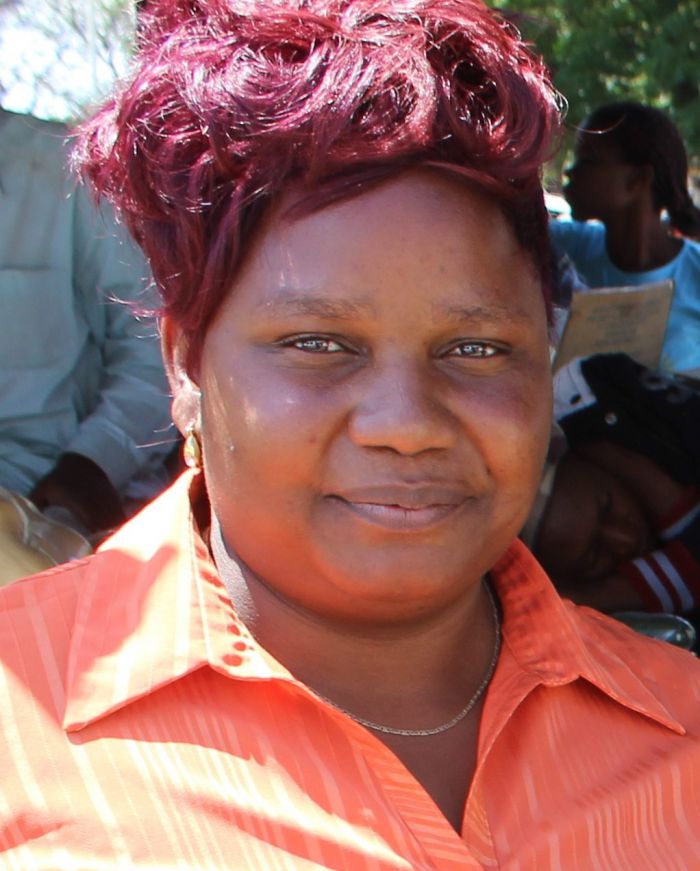 “The training could not have come at a better time than this, my outlook on life changed and it was exciting to interact with other women who faced similar problems. I now possess a sense of belonging and I was healed through writing my story. For the first time I felt I could let go of the past and open a new chapter in my life. From that time onwards, I became a changed person. I said goodbye to sorrow and pain,” Fungai Magodi

Fungai Magodi met Gender Links (GL) in 2013 when she was a victim of gender based violence (GBV). She was fortunate to be part of a group of survivors of GBV who were referred by Msasa project to GL. She recalls how they were equipped with business skills that saw them escaping from the abusive situations in which they lived. Magodi confirms that she is no longer a victim but a business woman who is set to go far.

“As a victim of GBV I lacked the leverage to demand my rights. I did not have any idea about how to start a business and empower myself economically. Gender Links came at the right time and equipped me with relevant skills that saw me fulfilling what I was yearning for,” says Magodi.

Magodi works in the vending business. She specialises in selling vegetables and fruit. She conducts her business from a legally designated vending site. The training gave her the knowledge about how to acquire business licences from the local authority and she acquired one. Operating as a licensed hawker brought her into contact with the real commercial world.

The woman, who is now a successful entrepreneur, experienced gender based violence but she soldiered on until she achieved the desired goals. Her husband did not provide for the family. He justified his actions by saying that he was not prepared to waste his money on female children. He demanded that Magodi give birth to a male child or he would sire the baby out of wedlock. To make matters worse, the husband and his girlfriend moved in together and rented a house a few blocks away from the original matrimonial home. The second wife gave birth to two male children and Magodi’s husband never returned to his former wife and children.

“The pain I went through was unbearable and I found myself bedridden because of depression. I was too embarrassed to face the world because I felt as though I lacked something and that was why my husband had to take another woman and leave me. As if that was not enough, the woman was our neighbour and my ego felt bruised at the thought of it,” confessed Magodi.

The main problem she faced after the entrepreneurship training was that her husband prevented her access to the market stall where she had been running her small business. A well-wisher referred her to Msasa Project and they helped her to get back the market stall legally and husband felt defeated.

It was through Msasa Project that she heard about GL. She acquired business skills during the workshops. She also grasped the concept of GBV and its various forms and how to become an entrepreneur even without large capital injection.

“The training could not have come at a better time than this, my outlook on life changed and it was exciting to interact with other women who faced similar problems. I now possess a sense of belonging and I was healed through writing my story. For the first time I felt I could let go of the past and open a new chapter in my life. From that time onwards, I became a changed person. I said goodbye to sorrow and pain,” affirms Magodi.

Hleziphi Magodi expressed her happiness over the changes that took place in the life of her sister. She said that her sister had always been downtrodden in her past life but she is happy that she finally found the strength to stand up. “We began to see changes in the life of my sister after she was selected to participate in the entrepreneurship programme. She is now a very productive person unlike before when she used to lie idle at home enslaved by her past life experiences. She used to depend on us for survival but she can now stand on her own. Fortunately we are now the ones seeking advice from her on how to run businesses,” Hleziphi Magodi tells us.

Magodi’s children benefited from the change that took place in her life. “My first daughter who had stopped school due to lack of fees is now back at school. My second daughter is in pre-school and our tenants pay rent on time. I qualified to compete at the Gender Links regional summit in South Africa in April 2014 and it was really exciting for me because I had never been on an aeroplane. I acquired a passport for the first time in my life and I learnt a lot from other people’s presentations at the summit,” Magodi asserts.

Participating at the Regional Summit in South Africa in 2014 opened new opportunities that saw her officially employed by Msasa Project. Working with the organisation brought her into contact with GBV issues affecting her community and this further strengthened her.

“People in my community have been very keen on knowing how I have managed to get to where I am right now. When I received my loan from the bank I helped two women with US $ 20 each to enable them to obtain vegetables to sell and make a profit. I have been monitoring their progress and they are doing well for themselves. Soon the word will spread and I believe many will find this training useful in one way or the other.

Judith Munyanyi, one of the vendors who operates in Gweru, insists that she is where she is today because of Magodi. “I observed her life and managed to imitate the positive developments that were taking place in her life. Whenever she got the opportunity, she would use it to give me sound advice on business management and my personal life,” Judith says.