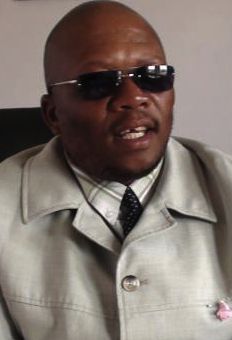 My name is Fusi Sefuthi, a councillor in the Ts’ana-Talana community council. When the government introduced the local government, my community convinced me to contest under my political party. Since I had always like politics, I grabbed the opportunity; luckily enough, I won and I became a councillor.

I never had an interest in gender issues, because I had this idea that they were promoting women to disrespect us as men, so I did not want to hear anything about gender. In 2011, Gender Links held a workshop for us as councillors, and I was part of it. It was a three day workshop where facilitators were teaching about key gender concepts. They started from the beginning, and that was when I thought about I gender issues in a different way, and started to learn more about those issues. As a Mosotho man, it was very difficult to adapt to those issues because of how we were raised, knowing that women are kids and men heads. I had to work very hard to practice new ways, first in my family before I could go out in public, especially to the people who elected me. We learnt in-depth gender issues. Issues were simplified, and I was able to publicize gender in my community. It was not easy. People did not want to hear anything about gender, and I did not blame them because it was also difficult for me before I attended the Gender Links workshop.

The workshop was very helpful; I was also able to realize the potential women have, and we as men should respect them and take them as our partners. I was able to teach people about those issues, and some of them finally understood. I basically encouraged men to practice gender equality, and when we went for the second local government elections, I was elected again, and there was Gender Links again with more and more trainings. It has been a long journey with Gender Links, and with their trainings I changed so many lives.

Women and men are now participating in all aspects of life. Now I just have to encourage both women and men to form projects that can help them reduce poverty and also continue to work with support groups.